Each summer, the American Legion sponsors Alabama Girls State, a premier youth leadership program giving the attending delegates one of the most coveted learning opportunities in the state of Alabama and the United States. 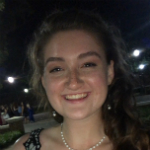 Held on the University of Alabama campus in Tuscaloosa, Alabama’s best and brightest young women spend a week developing leadership skills in addition to the foundational understanding of the governmental process.

Alayna Reynolds earned this honor by recognition of her teachers and the administration at Vincent Middle High School.

“I have always strived to be the best version of myself I can be and embody the values I hold dear: honesty, loyalty and perseverance. For this to be recognized by my teachers and even those who don’t know me well means the world to me;” said Reynolds.

Indeed, this student’s efforts are recognized. Dawn Howard, who teaches AP history, AP psychology and AP government/economics, said, “Alayna is a wonderful, hardworking young woman. She is ambitious and determined, and she sets high goals and expectations for herself.”

In describing her week at Girls State, Reynolds shared that in addition to learning how legislative bills are written and passed and about the branches of government, she learned about the importance of balance.

Reynolds shared that some of her favorite experiences were touring the Governor’s Mansion and skit night. Gov. Kay Ivey was a speaker this year, addressing the delegates not only as their governor but a fellow Girls State participant.

“I also learned how to come out of my comfort zone and lead. You don’t know how brave you are until you give a speech in front of 200-plus people;” said Reynolds.

Her sharpened leadership skills will be put into action as she returns to VMHS, a senior and a member of the JROTC leadership. This school year Cadet Reynolds will serve as lieutenant colonel and the brigade executive officer.

Reynolds is not only an academic and leadership stand-out, she participates in other extra-curricular activities. This year she will be on the JROTC rifle team. She enjoys sports and plays on the volleyball team, receiving an award last year.

“Of all my academic and sports awards, the most significant to me was the Coach Mo Award,” said Reynolds. “The award was in honor of our former volleyball coach Melinda Claiborne who passed away after a grueling fight with cancer. It meant so much to be chosen for an award with such meaning.”

As if this were not enough to make for a well-rounded student, Reynolds also works part-time at Publix. “I work as a cashier mostly, but over the summer I was trained to work in the bakery department,” she said.

Kathy Copeland is a community columnist for the Vincent/Harpersville area.