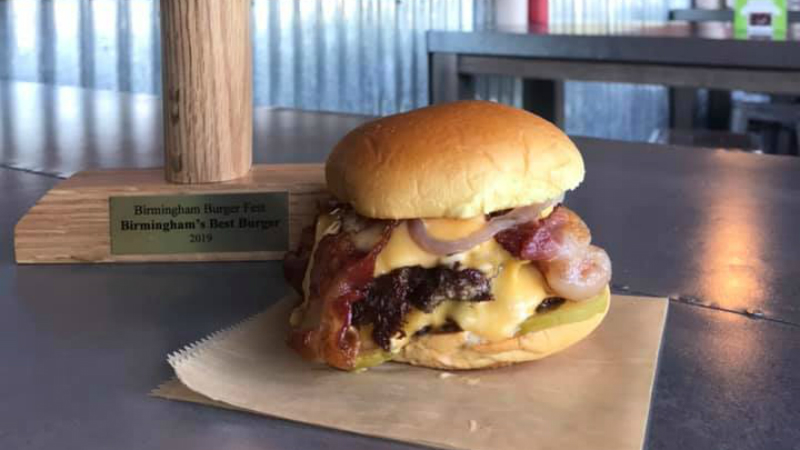 HOOVER – A Hoover restaurant on July 27 earned the title of “Birmingham’s Best Burger.”

The Craft Burger was named the winner of the Third Annual Birmingham Burger Fest benefitting the Alabama Chapter of the ALS Association, though owner Barry O’Hare said he accepted an invitation to participate days before the competition.

“It was a good feather in my cap for being a new restaurant on the scene,” O’Hare said. “Some of these folks have been around forever. For me, it was nice that someone dropped out and they needed someone to fill that spot. I was pleased to be able to do it, just to hand out menus and get some people to try out my burgers. I didn’t think I was going to win it.”

O’Hare had to line up the proper equipment to be able to participate in the competition and then asked his staff to prepare about 350 patties.

The burgers were cooked on-site at Avondale Brewery in Birmingham, with about 10 restaurants participating, including Carlile’s Barbecue, Billy’s Bar and Grill, Maggie’s Farm Food Truck, 5 Points Public House, and Harvest Bar and Restaurant.

“It will definitely help me,” O’Hare said about the recognition. “Now I just need to keep cooking them the way I’m cooking them.”

The Birmingham Burger Fest brings people together to raise awareness and funds to help patients and families in the fight against Amyotrophic Lateral Sclerosis (ALS, also known as Lou Gehrig’s disease) in Alabama.

ALS is the most common motor neuron disease in America. Currently, there is no cure and no life-prolonging treatments available.

The Alabama Chapter of the ALS Association supports people living with ALS and their families across Alabama through services and education.

The Craft Burger’s original location is at 5184 Caldwell Mill Road in Hoover, and a second location has been opened in Downtown Birmingham at 321 20th St. N.