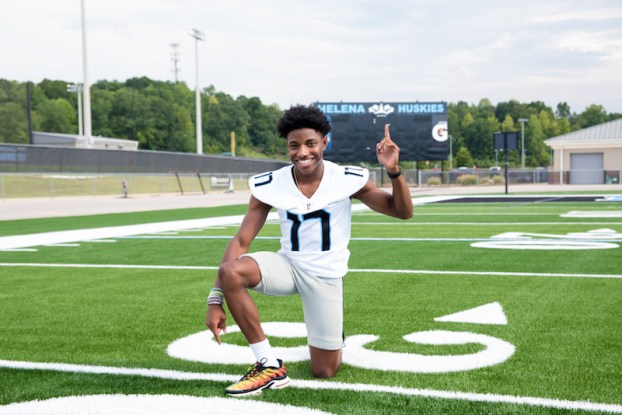 HELENA – When the Helena Huskies burst through the banner and run onto the field to take on the McAdory Yellow Jackets to open the 2019 football season on Friday, Aug. 23, they’ll be stepping onto a new state-of-the-art playing surface.

After the Helena City Council approved a new synthetic field turf near the beginning of December 2018, the Huskies will officially unveil the new turf during this year’s opener against the Yellow Jackets, which will also feature a new track and scoreboard.

“It’s going to be really good for our program,” head coach Richie Busby said. “There is a lot of excitement surrounding the program right now after the way we ended last year winning four of our last six games, and with several of our players having college offers now, but this turf is truly a game changer for our kids and Helena High School.”

It’s a project that wouldn’t have been possible without Helena Mayor Mark Hall and the City Council, who funded the project with revenue from the 1 cent sales tax.

“Mayor Hall is the reason we have the facilities we have,” Busby said. “He wants our kids and the community to have the very best we can give them. When you have a partnership with your county and your city like that, it’s hard to beat.”

Throughout the installation of the turf and track, Hall was up at the facility almost daily checking on its progress. 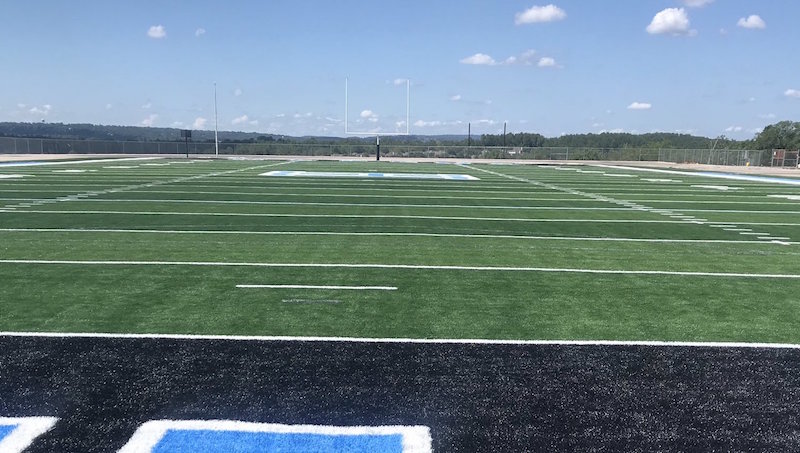 “He is up here at least once a day checking and making sure our kids don’t need anything,” Busby said. “He wants to make sure they have a great experience in their time here at the high school. He’s by far the best mayor in the state because of his care for the kids and their success.”

In the long run, the school will save close to $30,000 annually on the cost of maintenance to the previous grass playing surface. And in addition to the cost efficiency of the artificial playing surface, the turf will bring plenty of other benefits as well.

“What the turf will mainly do for us is allow us to practice in the mornings,” Busby said. “We’re going to practice before school. You can’t necessarily do that on grass because of the dew, it’s wet out there and you’re just throwing around a wet football.”

So with that comes the change of their daily schedule. Busby said the team will come in at 6:30 a.m. and will practice and lift. Then at 8:30 a.m. they’ll shower, eat breakfast and go to class at 9 a.m.

“As an athletic director, it gets 130 kids out of the facility in the afternoon so baseball and other programs can use the facility to advance their programs,” Busby said. “We have so many athletes on our campus that we’re running out of room to lift them.”

The Huskies also added a new auxiliary weight room in the gym that will help with space issues.

“Last year, during eighth period, we were all fighting to get in the weight room, so we were having to lift in the morning and practice in the afternoon, so I thought it would be best to just move our whole program to the morning,” Busby said. “That will teach them to get up and get going, which gets them ready for what will happen when they get out of school.”

With football moving to the mornings, Busby hopes that helps free up the other programs to put in the work they need to put in as well.

“As an athletic director, my job is to give everybody the things they need to be a championship level team just like the football program is trying to be,” Busby said. “When you think about the turf, a lot of people probably don’t think about it that way, but this helps everybody do what they need to do to become better.”

Busby said the turf will also help from an academic and convenience standpoint for the students and their parents.

“From an academic standpoint, this allows the kids to get home earlier and get other work done, parents don’t have to get here to pick kids up because they can ride the busses home,” Busby said.

When the Huskies trot onto the field on Aug. 23, they’ll have a little extra something to play for. With everything poured into making the field look like a state-of-the-art playing surface, the Huskies want to put a top-notch product on the field for the fans and community to show their appreciation.

By ALEC ETHEREDGE | Sports Editor The grueling summer work will soon pay off under the lights on Friday nights... read more