PELHAM – A Birmingham man remains in the Shelby County Jail after authorities arrested him and charged him with allegedly trafficking heroin near the Arby’s fast food restaurant in Pelham on Thursday, Aug. 1. 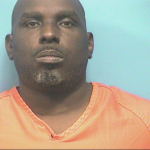 Law enforcement officials arrested 45-year-old Adam Jose Young, who lists an address in the 700 block of Spring Street in Birmingham on Aug. 1, and charged him with felony heroin trafficking.

According to his arrest warrant, Young was found to be in possession of more than 6 grams of heroin at the Arby’s fast food restaurant located at 571 Cahaba Valley Road in Pelham, where he was allegedly attempting to “knowingly sell, manufacture or deliver” the controlled substance.

Trafficking heroin is a Class A felony, and is punishable between 10 years and life in prison, according to Alabama state law.

Young is scheduled to appear in Shelby County District Court for a preliminary hearing on Thursday, Aug. 22, at 8:30 a.m.