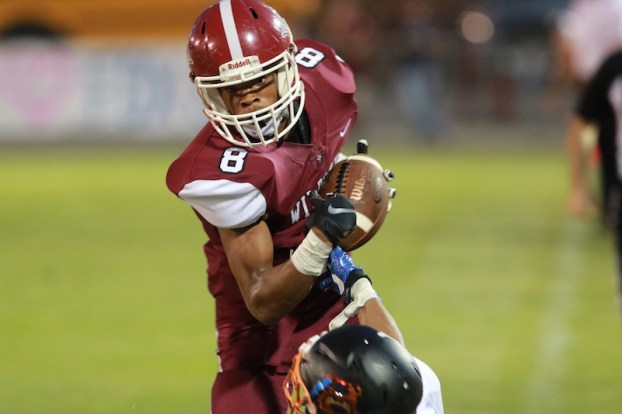 The Shelby County Wildcats will enter the 2019 season looking to break a 10-year playoff drought with a strong returning cast of players. (File)

The fan base wants it desperately, the players want to be the ones to break the curse and the coaching staff is doing everything they can to make it happen.

That of course refers to Shelby County’s 10-year playoff drought dating back to 2009. While the Wildcats have been close on several occasions, there is as good a chance this year as any in the previous 10.

Despite a 3-7 record in 2018, last year’s team was close again. The Wildcats finished sixth in the region and had just one region win, but they also lost five games by 13 points or less, including three region games by nine points or less. Win each of those games and they are 4-2 with a second or third place finish in the region.

While Shelby County will lose a few key playmakers this season, the return of a deep offensive and defensive line and depth across the defense, there is plenty of potential for this to be a playoff level season.

One of the positives this season will be the quarterback position, and in Shelby County’s option offense, the quarterback is always key. Chase Holliman is expected to return as a starter, but junior Kaden Cardwell is pushing hard at the position thanks to his great speed and athleticism. Either guy will be more than capable to lead the team at the position.

Another key position in the Wildcats’ offense is the running back position, and despite the loss of Trinity Martin, who posted 1,921 all-purpose yards last year, they’ll return talented playmakers in Tyrese Goodman and Raheem Montgomery. A good one-two punch, Goodman is a slot back with speed and Montgomery is a power guy.

Shelby County hasn’t been a passing team for a while, but this year, the return of junior Isaac Montgomery may change that slightly. Montgomery is an extremely athletic playmaker with great speed and hands. With a lot of attention on the run game, he will have opportunities in one-on-one coverage with safeties sneaking up to stop the run.

Goodman and Greg Oliver will play out wide as well to help out, but depth is a concern at the position.

Up front, however, is where this offense can really be good. J.T. Pennington, who is 6-foot-3, 287 pounds as a junior, will lead the offensive line, while seniors Tre Aderholt, Jason Scali, Riley Giles and T.J. McGinnis will add loads of experience. In addition to those five, junior Micah Hughes and sophomore Kai Barnett are expected to play a big role.

As deep as the Wildcats are on the line, linebacker is possibly the deepest position on the team with 10 players set to spend time at the position, which makes the front seven defensively as good as it’s been in a while—a huge positive after giving up 31.3 points per game last year.

Raheem Montgomer, Jackson McGinnis and T.J. McGinnis will all be solid at the position, while sophomores Evan Joiner and Eason Carlisle will be key as well. Those guys will take on the inside linebacker position, while Landon Stewart, Aderholt and Ericsson Goodman will all play at outside linebacker as returnees. Desmond Rogers and Seth Hall will be new, but can contribute a lot as well.

While the front seven is loaded, they will have to be stout, especially early in the season, as the secondary tries to fill in some depth concerns.

There will be a few strong playmakers back there in Goodman, Isaac Montgomery and Greg Oliver playing defensive back, but the position has been a concern and one of the weak spots on the team over the last few years.

In order for this team to be as successful as possible, the secondary will have to be better at making plays, especially tackling. The good news in that regard will be the addition of Ty Smith as a sophomore. He’ll play safety and has become the team’s best tackler. Cardwell will also spend time at safety, along with sophomore Jalyn Mayfield.

Prediction (6-4): Shelby County has the team that should compete in as many games as they competed in last year, basically meaning they could have the chance to win in at least eight games this season. But it’s up to the Wildcats to make plays to do that late in the game. Scoring 24-plus points per game in six of their final seven games last year, and 40-plus in four of their last six, the offense became a bright spot and has to start fast this season. In addition to that, the defense has to be light years better. If the offense can score more than 25 points per game and the defense give up right around 25 points per game instead of 31.3, the Wildcats will have the chance to end a disappointing playoff drought.

By ALEC ETHEREDGE | Sports Editor Anytime you have a senior-laden team with the majority of your roster back, you’re... read more