Thompson’s Warrior Day to be held this Saturday 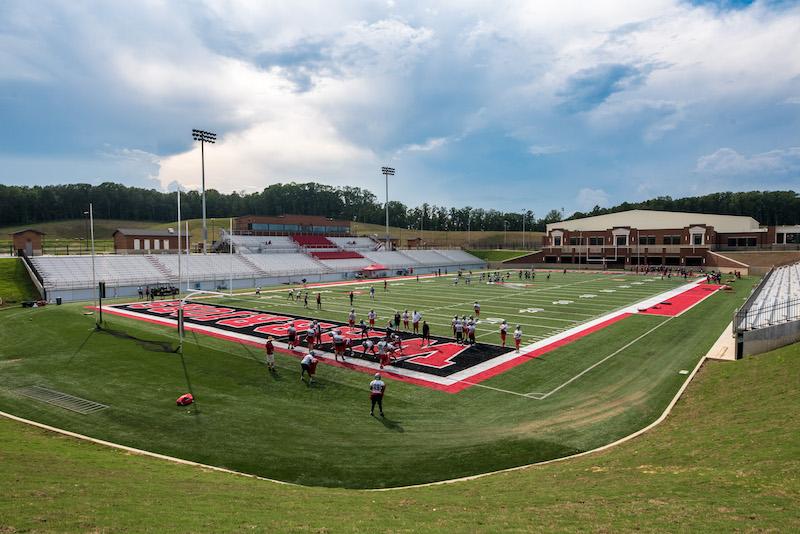 Thompson's Warrior Day will take place this Saturday from 10 a.m. until 2 p.m. (File)

ALABASTER – The season opener for the No. 4 Thompson Warriors is now less than three weeks away, and on Saturday, Aug. 10, fans will get their first look at what to expect this year when the team suits up for Warrior Day at Warrior Stadium.

From 10 a.m. until 2 p.m., the varsity team, the junior varsity team, the middle school team and youth teams will all scrimmage to prepare for the upcoming season and give the fans a glimpse of the excitement to come.

Coming off of an 11-2 season and its first trip to the state championship game since 1982, there is a lot of enthusiasm surrounding Thompson’s football team heading into the new year, but also a lot of question marks with new faces set to put on the Warriors’ uniform.

This event will give fans, family and friends a chance to see the new edition of the Warriors as well as the future.

Replacing an All-State quarterback, running back, offensive lineman and linebacker, as well as many key defenders, Thompson will have some key pieces to replace, but there is still a ton of talent set to take the field this season, which has the Warriors ranked as the No. 4 preseason team in Class 7A.

Warrior Day will cost $5 for general admission, while students can attend the event for $2.

In addition to the football scrimmages throughout the day, varsity, junior varsity and middle school cheerleaders will all be recognized throughout the day as well, while Thompson’s Marching Southern Sound band will perform as well.

The event will take place exactly two weeks before Thompson’s first home game of the season on Saturday, Aug. 24, when the Warriors play host to Davidson in the inaugural Go Gold Bowl to bring awareness to childhood cancer. Kickoff for the Saturday season opener is set for 7 p.m.