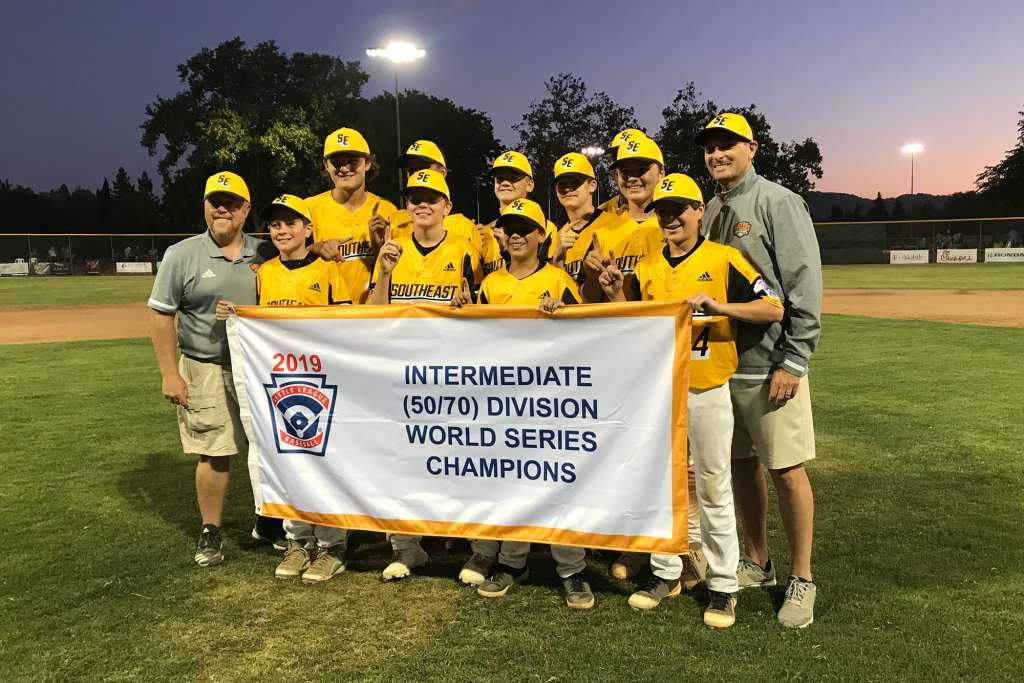 ALABASTER – Two of Alabaster’s own played in and won the Little League’s 2019 Intermediate World Series Championship that took place in Livermore, California, from July 28-Aug. 4.

Drake McBride and Tucker Arrington, who are both 13 and play on the McCalla Little League team, embarked on a journey on July 25 that not many kids get to experience. The boys, along with their team, boarded a flight and headed to California to compete against teams from the United States and abroad.

The team defeated each opponent it faced to make its way to the World Series championship game against the Mexico Region. According to Intermediate World Series website, McBride was clutch at the plate with runners on base on Aug. 4, driving in four on two hits to lead the team past the Mexico Region 9-5. McBride drove in runs on a home run in the second and a double in the fourth.

Aden Malpass got the start for the Southeast Region. He allowed four hits and two runs over five innings, striking out seven.

Issak Arias was on the mound for the Mexico Region. He went one inning, allowing five runs on five hits. Victor Beltran threw five innings in relief out of the bullpen. Axel Morales went 2-for-4 at the plate to lead the Mexico Region in hits.

The Southeast Region had 11 hits in the game. McBride, Arrington and Ty Stricklin each collected multiple hits.

McBride and Arrington started playing T-ball at 4 years old and have been in love with the game ever since. McBride plays first base, outfield and is a pitcher, while Arrington is a catcher, pitcher and plays first and third bases.“It’s his sport,” said McBride’s father, David.

“He’s played basketball and football, but baseball is what he loves.”

Although he’s playing on the McCalla team, McBride developed his skills on the Warriors travel ball team under the leadership of head coach Scott Brakefield and assistant coach Andy Reid.

“He played five years with the Warriors in Alabaster and that’s where he really got a solid foundation,” David McBride said.

Drake McBride’s career highlights include hitting three home runs. In a different game, he hit three triples in one game. As seventh graders, McBride and Arrington also played together on the eighth-grade baseball team at Thompson Middle School.

Arrington’s career highlights include hitting three home runs during a baseball tournament and being named to several all-tournament team for his hitting and pitching. He has also played on a team at the Excel Baseball Academy in Oxford. Mark Arrington, Tucker’s father, said his son aspires to play ball in college.