Both are members of Morningstar United Methodist Church in Chelsea. They are supporters of and volunteers with the United Methodist Committee on Relief (UMCOR) which provides humanitarian relief and disaster response to people in more than 80 countries, including the United States. In conjunction with a small group from their local congregation, Kiser volunteers at the UMCOR warehouse in Decatur.

Ohio native Charles “Chuck” F. Kiser was raised on a farm in Canton, which he says provided the foundation for his values. For the past 12 years Chuck has assisted in the food pantry of Oak Mountain Mission. Karla started joining him in this effort a year ago. “I feel I’m giving back. The Bible says, ‘to whom much is given, much is expected,’ he explained. “God, country and family … everything I do has to impact one of these missions. You can’t separate one from the other,” he added. 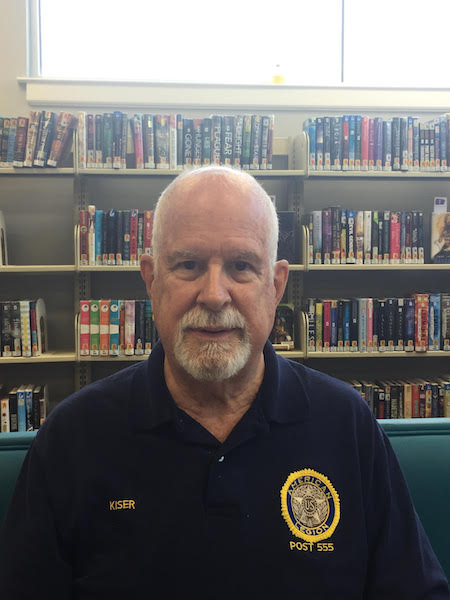 Chuck Kiser volunteers with several faith and military groups in the county. (Contributed)

As a veteran himself, Chuck supports a number of veteran causes. Kiser joined the Army in 1970 and was discharged as a SP5. His active duty and New York National Guard service totaled seven years and he received an honorable discharge in 1977. He was stationed at Fort Jackson, S.C.

He has been member of the Support Committee for the Alabama National Cemetery since its inception about eight years ago. He works with the Blue Star Salute Foundation (BSSF) as well. In conjunction with BSSF and his American Legion Post, he coordinates the Wreaths Across America fund raising for the Post and wreath placements each December at the Alabama National Cemetery.

“Your oath of enlistment never expires. Wreaths Across America is my way of giving back to fallen brothers and sisters,” he said.

Chuck is one of the 30 charter members of American Legion Matthew Blount Post 555 and served as their original Judge Advocate for five years.

Kiser’s hobbies include traveling, fishing and camping. He loves to camp with Karla in their travel trailer and the relaxation of “getting away from things” that travel provides. His camping is confined mostly to the Southeast and Midwest. His fishing expeditions are not so much about actually catching fish.

“Fishing doesn’t matter whether I catch anything or not. I have done some of my best thinking while doing it,” he insists.