Friends teaming up to open bakery off U.S. 280 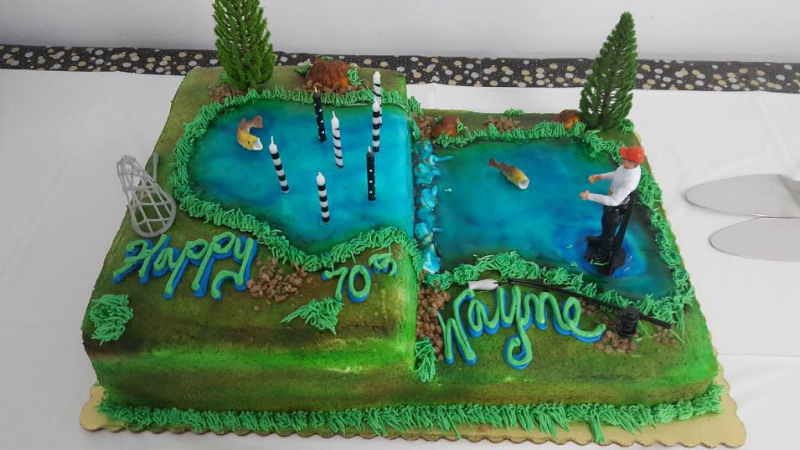 Lil Bit O’ Flour will open later this month near ALDI in the Inverness area off U.S. 280. (CONTRIBUTED)

HOOVER – Tina Cole and Christy Thomas realized while working together that they complemented each other in the kitchen, so they decided to enter a new venture together.

The pair will open Lil Bit O’ Flour bakery later this month near ALDI in the Inverness area off U.S. 280.

Though they would realize later their many personal and family connections, Cole and Thomas first started working together at The Three Eared Rabbit’s Leeds and Trussville locations. They baked desserts at the soup, salad and sandwich shop.

“We both have years and years of experience,” Thomas said. “After we started working together, it was like the perfect pair.”

Cole’s experience includes a stint as a manager at Gigi’s Cupcakes, and Thomas said her passion for baking began early.

“I’ve had a love for baking my whole life,” Thomas said. “It started with seeing my grandmother’s coconut cake with a red cherry on top. That’s how it started for me. I just enjoy being in the kitchen and creating new things.”

Cole and Thomas will have many opportunities to create new things at Lil Bit O’ Flour.

“What we want to do here is bring back the good Southern desserts that people just don’t enjoy anymore,” Thomas said about plans for cobblers, pies, brownies and more. “Actually, people just don’t know how to make them anymore. The recipes have been lost.”

The bakery will also be flexible and cater to customers’ desires.

“If you come in and ask for a strawberry cheesecake, we’ll say give it a day or two and we’ll have it for you,” Thomas said. “If they want it and we don’t have it, we’ll go above and beyond to make sure they get what they want.”

Lil Bit O’ Flour will be located at the site of a former gluten-free bakery, at 4647 U.S. 280, and Thomas said she hopes to keep customers of the former business through several gluten-free options.

Cole and Thomas had started looking for a site to open their bakery when a mutual friend let them know the former tenant was interested in selling, and they jumped at the opportunity.

“A chance like this doesn’t come along too often,” Thomas said.

There will also be some sugar-free items at the bakery, and the owners plan to make breads in the future but will begin with a focus on desserts.

Other plans include grab-and-go items such as pound cakes and candies, pet treats and donations to charities such as Children’s Hospital and autism awareness.

An opening is planned for Aug. 15, but those interested should follow Lil Bit O’ Flour on social media for updates about the opening date. Special promotions will also be offered to social media followers.

Planned hours are from 8 a.m. to 6 p.m. Monday through Saturday.