The next step: Forester primed for special first year at Briarwood 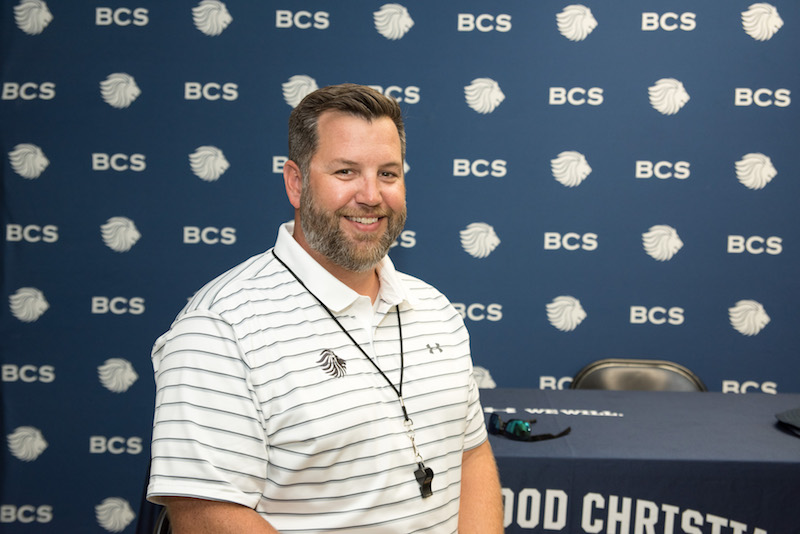 Briarwood’s Matthew Forester spent eight seasons as defensive coordinator of the Lions before being hired to replace Fred Yancey earlier this year after announcing his retirement. (Reporter photo/Keith McCoy)

NORTH SHELBY – When you spend close to half your life with someone, it’s hard not to form a friendship and handle all of the trials and tribulations that come along with it. That’s exactly what happened between Matthew Forester and Fred Yancey for close to 20 years on the football field at Briarwood Christian School.

Yancey announced his retirement as the head football coach of the Lions following the 2018 season, which led to the question of what the Lions should do. Having to make a coaching change for the first time in 30 years, the decision was one that couldn’t be taken lightly, especially after the hall of fame career Yancey had put together.

But the decision was an easy one that always came down to one name—Forester.

One month after Yancey retired, Briarwood made it official by hiring the former defensive coordinator, whose defenses hadn’t given up more than 12 points per game in three years.

And now, less than two weeks from the 2019 high school football season kicking off, Forester is leading the Lions into a new season and his first as a head coach.

“It’s been an incredible blessing,” Forester said. “It’s something growing up I didn’t know I would want to do. I saw the way coach Yancey handled this job and the impact he had and thought ‘this is something I want to invest my life in doing.’”

And while the next step in a promising career was exciting for Forester, a big part of his life was no longer there.

“The worst part about the whole thing is it’s like I lost one of my best friends,” he said. “You don’t hang out with somebody every day for 13 years and not miss them. He did such a good job of building relationships and having an influence. He coached for such a long time because it wasn’t about wins or losses but those relationships he was building. That’s his legacy. And I’m one of those relationships he built and I’ll always be grateful for it.”

Forester not only coached at Briarwood alongside Yancey for the last 13 years, but was also one of the best defensive players in school history playing for Yancey.

From 1996-1998, Forester went on to total 612 tackles, which currently ranks third in the state for most tackles in a career. In his final season, he not only led the Lions to a perfect 15-0 state championship season, but also set the state single-season record for tackles with 285, a record that still holds up.

That talent as a player made it a no-brainer for Yancey to hire Forester as soon as he could, and after coaching the middle school team for several years, Forester got the call up to varsity and has been the defensive coordinator for the last eight seasons.

“The Lord set this up and gave me the opportunity, and I cherish it and look forward to it,” he said. “My favorite part is having a direct influence over more young men. Being able to speak truth into their lives and help them on and off the football field.”

And while Forester is taking over for a legend, he says it’s not about replacing him because that’s impossible.

“I can’t get into the comparison game. Comparison is the thief of joy,” Forester. “If I look back and compare to what he did, I won’t be doing justice to myself or our players. We want to cherish what he did, but put our nose down to the grindstone and earn our place in Briarwood’s tradition to do that.”

So in his first year, Forester is trying to put his own spin on running the team by changing up a few minute aspects of fall practice, mainly the timing. The Lions will now practice from 6:30-8:30 p.m. throughout the week to adjust to the timing of a game and avoid the heat.

“This has been an experimental time, doing things differently just to know what fits us best,” Forester said. “Our fall camp will be different this year because we want to see if we like this better or what we have been doing. We want it to be what fits the 2019 Lions best. Next year it will be what fits 2020 Lions best.” 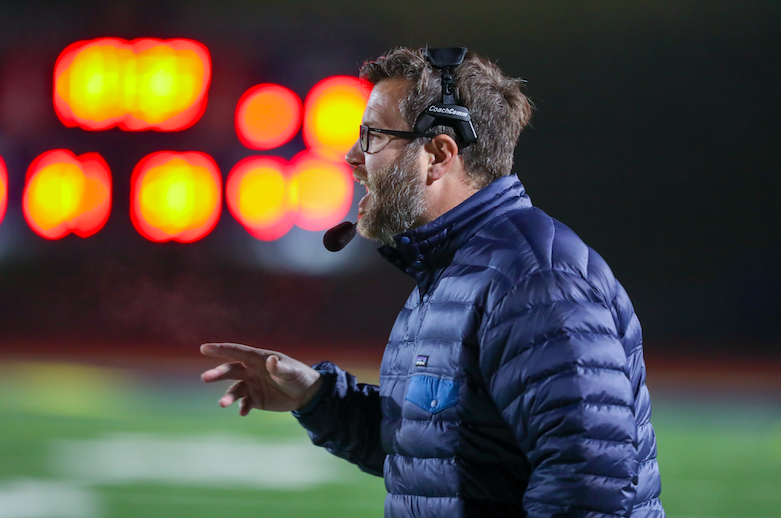 Forester said making those kind of changes is something he isn’t scared to do because of his predecessor.

“He wasn’t scared to try something new,” Forester said. “He was willing to change things because they needed to. He was always flexible and innovative.”

In his time at Briarwood, Forester has had total control of the defensive side of the ball thanks to Yancey’s trust, so the move to running the team isn’t too much of an adjustment, but gives him a chance to have that same impact on both sides of the ball.

While he likes the defensive side of the ball more as a comfort zone and trusts offensive coordinator Bobby Kerley to run the offense, he now gets to step back and see everything that’s going on.

“I’m excited to see how my view of football has an influence on the entire team,” Forester said. “I have major quirks that I like and can spread it from just defense to all areas of the team. I look forward to having that influence over them.

“It’s been a fun process, but I don’t want to call an offensive game. I’m a defensive guy. I shouldn’t be calling offensive plays. I need to trust coach Kerley. For me, it’s largely about what I see is good for the team and conveying what I’m thinking. All of the coaches have grabbed hold of that vision.”

Part of what helps Forester be able to do that is the return of everyone else on the coaching staff with him, including Kerley as the offensive coordinator.

The coaching relationship between Forester and Kerley started 14 years ago on Forester’s first day at Briarwood.

“My classroom was being used during first period, so they took me somewhere else and I walked in and coach Kerley was sitting there,” Forester said.

They were both middle school coaches before eventually moving up to varsity, and have taught next to each other for years.

“We became best friends,” Forester said. “I totally trust him. He’s going to always do what’s best for the team and has high moral character.”

But it won’t be easy.

Last year, Briarwood faced a difficult schedule and ended up dropping the region to Ramsay before going on to lose in the second round of the playoffs.

This year the schedule is just as difficult and teams like Ramsay will be just as loaded.

“Our goal is to game plan on how to attack those teams,” Forester said. “Everything we do is built into ‘Will this work against a great defense?’”

The three teams Briarwood lost to last year had a combined record of 35-5, and two made it to the third round or farther in the playoffs, while Vigor, who beat the Lions in the second round, went on to the championship game before losing a tough one-point game.

While last year’s 9-3 season wasn’t bad considering the schedule, with the return of several top playmakers this season, Briarwood is primed to try and reclaim the region championship and make a run at the Class 5A state championship.

“Our kids have to understand exactly what they need to do,” Forester said. “They just need to know their assignment. We may get beat, but we don’t want to beat ourselves.”

The overall goal in Forester’s first year, however, isn’t to win a championship but grow as student athletes and carry on the tradition of what Yancey started.

“For us, it’s always about giving our best effort and playing within ourselves,” Forester said. “It’s a process and we can’t predict what will happen. We have to control what we can control and focus on one play and day at a time. We don’t have goals of a state championship; we have goals of being the best we can be every day. Some years that leads to a state championship and some it doesn’t.”