Joel Trimble has a long history of participation in the community and giving back to others.

She was president of the PTO in North Carolina, and supported the Brownies, 4-H and Protestant Women of the Chapel.

The group provided lunch for patients waiting to be seen at the charity medical center.

The couple were members of the Nags Head Homeowners Association, and Tom served as president. 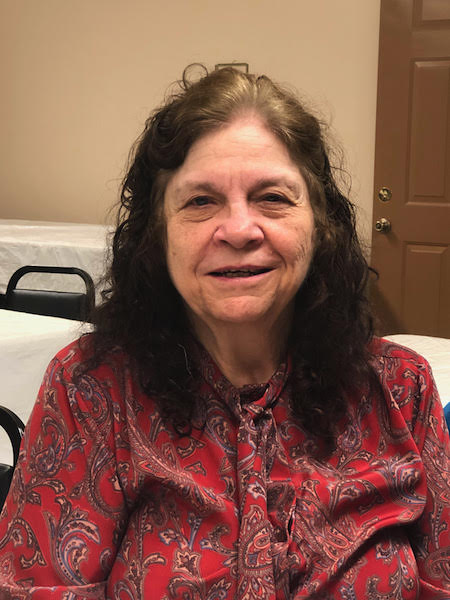 Joel Trimble has helped with toy drives for children and donates her time to organizations like United Methodist Women. (Contributed)

She headed up a toy drive for toys to be sent to Iraq around 2005.

Eight boxes in all, totaling hundreds of toys, were dropped from a helicopter.

The Trimbles’ oldest son, Thomas, an Army helicopter pilot, recruited his mother to take on the project.

Joel also participated in a toy drive (consisting of nearly 500 toys) for 220 children in an orphanage in Latvia, a country in the Baltic region of Northern Europe.

“It was fun and rewarding. It enriched the lives of others,” Joel said.

Today Joel donates much of her time and talent to United Methodist Women, fraternal educational and outreach, which raises scholarship money and makes contributions to Shelby Department of Human Resources.

Some of her specialties are cakes, pies, banana pudding and cookies; she lists pecan pie and Italian cream cake as her favorites.

For the past five years she has assisted with the Methodist Conference Prayer Breakfast, an event that provides as many as 120 plates.

She assists with the Shelby Shores Community Center’s potluck, which convenes each month.

Married to Air Force veteran Thomas for the past 57 years, Joel raised the couple’s three children (two of which were born overseas) during her husband’s 20-year military tenure.

Tom’s work schedule, which changed every four days, was at times an added stress to the challenges of living on a military base.

Joel was able to cope with the challenges through participation in a support group for the wives.

This provided a meaningful way to spend her time and make a contribution to the community where they lived.

During the family’s time in Great Britain, Joel was the publicist for the local PTA.

An RSVP member since 2009, Joel has logged 4,500 service hours, is the recipient of the Gold Presidential Volunteer Service Award and a five years of service pin.

Major practices ‘giving to the community’