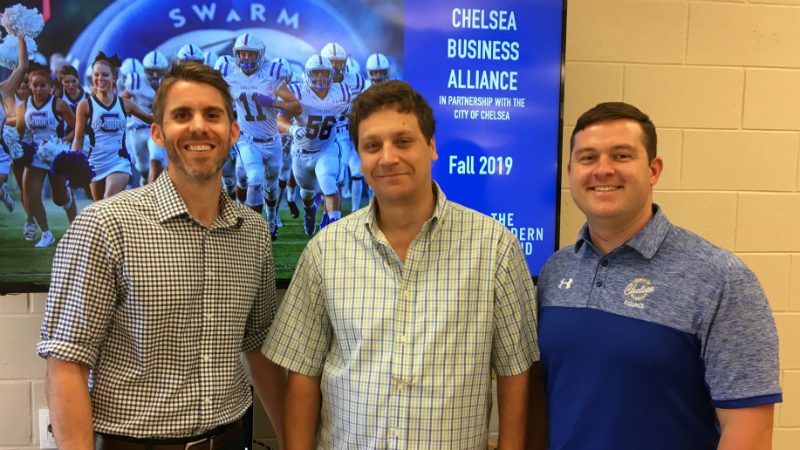 CHELSEA – City and business leaders were working on a plan to promote Chelsea when they realized they had a message but lacked the platform to convey that message.

Chelsea City Councilman Casey Morris told those in attendance at the Chelsea Business Alliance luncheon on Wednesday, Aug. 14, that The Modern Brand Co. had been engaged to provide marketing services.

“As we got into it, we realized we were missing some tools we needed to get through it,” Morris said.

Michael Bell, principal and brand strategist for the company, spoke at the luncheon about how The Modern Brand Co. can benefit Chelsea and its business community.

The Modern Brand Co. has collaborated often with Pitts Media, which was already helping with Chelsea’s campaign.

“Pitts Media are storytellers; where we come in is, these stories need to be heard by the right people,” Bell said.

Bell pointed to the momentum created in Chelsea by economic growth and the city recently approving a 1-cent sales tax increase to fund school projects.

“Now’s the time,” he said. “This is an awesome opportunity.”

Bell gave examples of The Modern Brand Co.’s work on campaigns promoting Birmingham, Selma and the University of Montevallo.

In addition to strategic marketing across multiple platforms including websites, uch campaigns can include T-shirts, bumper stickers and more.

“It all works together and you start building this big wave for Chelsea,” Bell said.