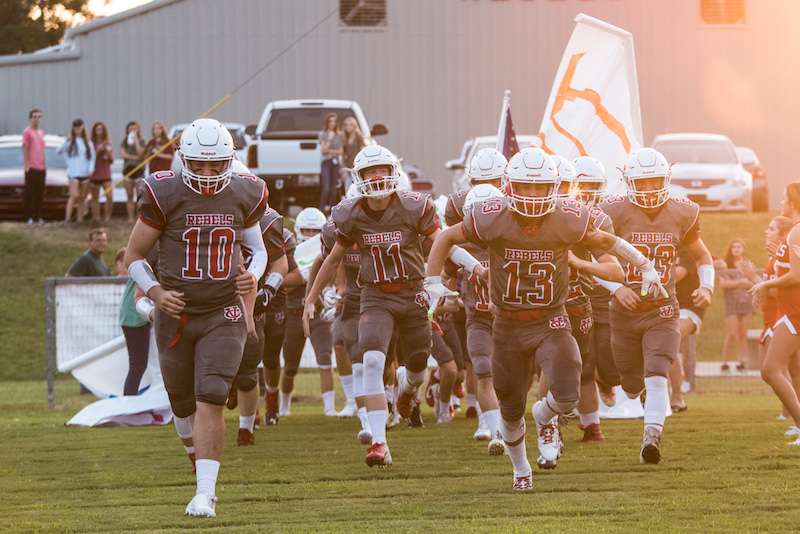 The Coosa Valley Rebels won’t compete in the AISA this season after numbers on the football team featured less than 11 players all summer and early in fall practice. (Contributed)

HARPERSVILLE – Less than 10 years removed from a 2010 state championship, Coosa Valley Academy has officially made the decision not to field a team for the upcoming 2019 AISA football season.

The Rebels are attempting to play an 8-man football season this year, but that is even up in the air at the moment with no confirmation of a schedule less than a week from the 2019 season kicking off.

After losing the bulk of their team to graduation and numbers going down, the Rebels fell short of having the appropriate number of players to compete in the AISA.

In 48 seasons, the Rebels have had 18 winning seasons, 29 losing seasons, won a state championship, posted four 10-win seasons and hold an overall record of 213-272.

Since that 2010 state title, Coosa Valley struggled to regain that level of competitiveness only making the playoffs in 2013 and 2018. And since the 2014 season, the Rebels have posted an overall record of 9-33.

None of that, however, makes not having a team for the community to support any easier after 48 seasons of Coosa Valley football.

With Kingwood already having closed its doors to the school back in May, the Rebels are now the second of three Shelby County schools that won’t be competing in the AISA this year with Cornerstone Christian School being the only local AISA school set to play.

Throughout the summer and on the first day of practice this year, the Rebels had no more than eight players on the roster, which led to the decision not to compete in the AISA this year.

According to the Alabama Christian Sports Conference, an 8-man football league, the suggested minimum of players for a team is 15.

Right now, according to Headmaster Pam Lovelady, the Rebels have a jamboree set against East Memorial Christian in Montgomery, but are still attempting to work on a schedule with the season a week away.

If Coosa Valley ends up not fielding a team at all in 2019, it will mark the first time since 1971 that the Rebels have failed to compete.