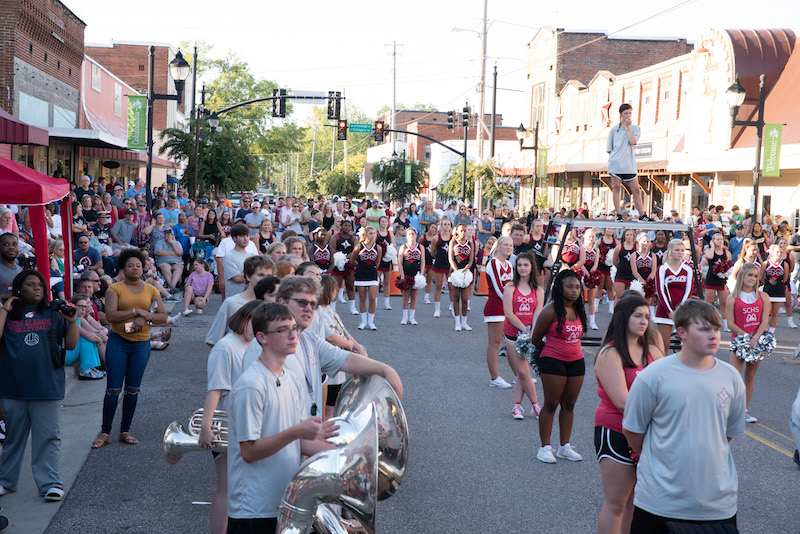 COLUMBIANA – The city’s tradition of celebrating the start of a new athletic year for local schools continued on Aug. 15.

Hundreds of people attended the annual community pep rally on the south end of Main Street to show their spirit for students involved in sports, cheerleading and band programs at Shelby County High and Columbiana Middle schools.

The head coaches of the schools’ football, volleyball, basketball and baseball teams introduced their assistants and team members.

“This is our future, and we support them,” Mayor Stancil Handley said of all of the students. “We want everyone to support our Wildcats.”

In addition to the introductions, the SCHS Marching Band, the Pride of Shelby County, performed the opening segment of its halftime show.

The SCHS cheerleaders performed a routine and several cheers.

The SCHS varsity football team will start the season at home against Childersburg High School on Friday, Aug. 23. Kickoff will be at 7 p.m.

“It’s going to be fun, I promise you that,” head coach Heath Childers said to the crowd. “It’s good to see everybody out here tonight to support the Wildcats.”