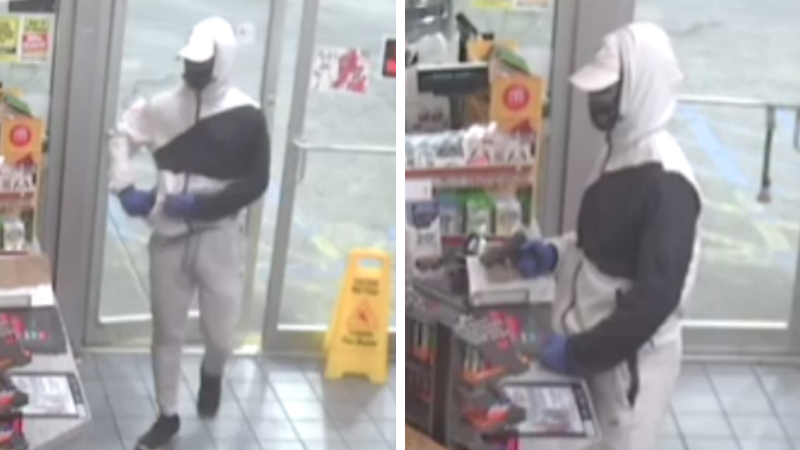 Police released these images of the suspect in a robbery off U.S. 280 on Aug. 19. (CONTRIBUTED)

Police are seeking the perpetrator of a robbery off U.S. 280 on Monday, Aug. 19.

The robbery occurred between 1:30-2:30 a.m. on Aug. 19 at a convenience store, according to information released by the Shelby County Sheriff’s Office.

The clerk described the robber as a black male, who obscured much of his appearance with clothing and a hat.

Surveillance photos of the suspect were released, and residents are encouraged to see if they could provide any information about him.

The suspect left the scene in what is believed to be a maroon or burgundy Jeep.

Anyone with information about the incident should contact Investigator Adam Mitchell at 670-6045, or anonymous tips can be left at ShelbySO.com.