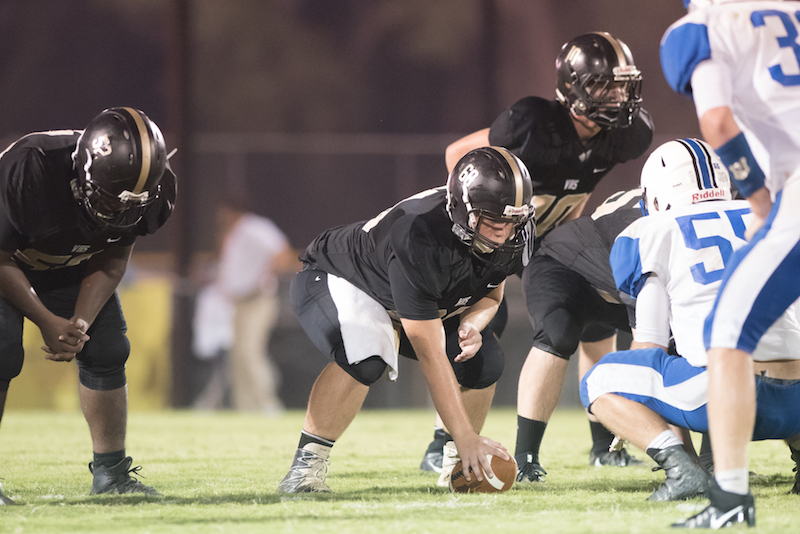 The Vincent Yellow Jackets dropped their opener to White Plains by a final score of 42-12 on Friday, Aug. 23, after taking an early 6-0 lead. (File)

ANNISTON – Vincent traveled into Calhoun County Friday night to take on the Class 4A White Plains Wildcats, falling 42-12 after a big second quarter for the home team.

The Yellow Jackets took a 6-0 lead in the first quarter when a long run by Tae McGregor set up a 1-yard TD quarterback keeper by Will Harris. Vincent carried the lead into the second quarter, but the Wildcats responded with 34 straight points before the half.

The last three White Plains touchdowns came with the help of a punt snapped over the Yellow Jackets’ heads and two interceptions, including an 80-yard pick six to help close the first half down, 34-6.

“Our kids came out in the second half and did not give up. They fought, and fought, and they scrapped,” Vincent head coach Lucas Weatherford said. “I was proud of the guys for not giving up. We have no business playing a 4A school. I was proud of them fighting through some adversity … I think that’s going to help us going forward.”

Vincent opened the second half with a 10-minute drive with Ryan Culliver carrying a load. Harris capped the drive by catching a 4-yard jump pass from running back Caleb Wilson. Culliver finished the night with 56 yards on 16 carries.

“I didn’t want to use it that early in the season, but I felt like after everything we’d been through, and after that long drive, we had to put one in,” Weatherford said.

The Yellow Jackets were unable to recover the onside kick, giving the Wildcats a short field to tack on another touchdown, 42-12.

Culliver, Wilson and McGregor were joined in the backfield by JT Youngblood and Evan Swain to combine for 165 team rushing yards.

Last season, Vincent fell to White Plains at home, 49-18, but Weatherford said the attitude and effort has improved from last year to this year.

“I can see a change. It’s not showing in the scorebook, but we’re headed in the right direction,” he said.

Vincent (0-1) will have an open week Aug. 30 before hitting the road again Sept. 6 to LaFayette.

Vincent (0-1) will host its first home game against Keith Aug. 30 before hitting the road again Sept. 6 to LaFayette.