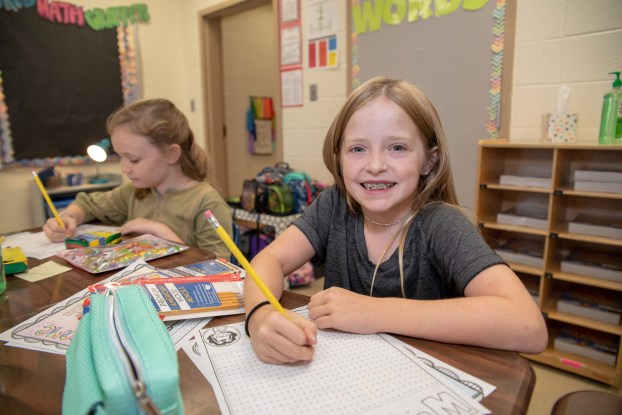 ACS reports an increase in enrollment

ALABASTER – Enrollment numbers are up in Alabaster City Schools as the 2019-2020 school year gets under way.

Enrollment at each school is as follows:

Vickers said each school has experienced growth except Thompson Intermediate, which saw a decrease of about 12 students.

“Last school year was our last year transitioning Shelby County students out of the system, but despite that, enrollment has continued to increase,” Vickers said.

When ACS split from the Shelby County School System, it worked out a zoning plan with the county system to gradually transition out about 600 students who lived outside Alabaster city limits but were zoned for the city’s schools.

Vickers added that there is plenty of space at each school and that school facilities are in great shape for the future. Multiple school moved into new buildings over the summer. ACS consolidated Thompson Sixth Grade Center with Thompson Middle School and then moved the middle school into the old THS building. Thompson Intermediate School then moved into the old TMS building. The old sixth grade center will be renovated to serve as central office space for the school system, and the old TIS is now ACES alternative school.

Vickers said the goal was to eliminate the need for additional school transitions in the future.

“We’re in our seventh year as a school system, we’re growing and that’s a great thing, especially since it helps with state funding,” he said.