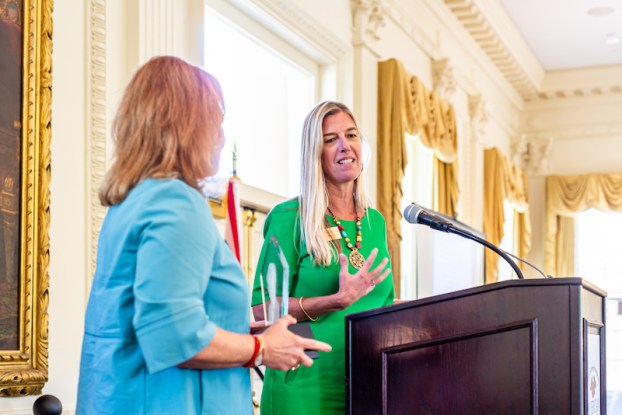 Her commitment to community, service and excellence deeply impacted the young men and women she mentored.

The Mathews Center honors her life and legacy through a statewide undergraduate internship program and through the annual Jean O’Connor-Snyder Award.

Recipients of the Jean O’Connor-Snyder Award must demonstrate a record of serving their communities while encouraging and empowering others to be active, engaged members of society.

Award winners are epitomized by their unique ability to uncover the potential in others.

Jean O’Connor-Snyder Award recipients demonstrate a commitment to finding the worth in everyone and empowering others to use their talents to improve their communities.

Cost has been instrumental in facilitating civic education initiatives for Montevallo’s youth through initiatives such as Students’ Institute and the Montevallo Junior City Council, which has received national acclaim for its innovation and unapologetic delegation of responsibilities among local youth.

ACS reports an increase in enrollment

ALABASTER – Enrollment numbers are up in Alabaster City Schools as the 2019-2020 school year gets under way. Superintendent Dr.... read more