COLUMBIANA – A Pelham couple is facing numerous sex charges after an investigation led to detectives charging the pair with crimes such as rape, sodomy, sexual torture and more that allegedly involved a young victim over a span of several years. 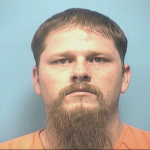 Edwin Jeremy Ratliff and Michelle Lee Ratliff, who both list an address in the 2100 block of Shelby County 35 in Pelham, were arrested by the Pelham Police Department and charged with numerous felony sex charges on Friday, Aug. 23. 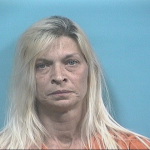 Edwin Ratliff, 33, has been charged with 16 felonies including first-degree rape, first-degree sodomy, sexual torture using an inanimate object, enticing a child for immoral purposes, selling a controlled substance to a minor and production or manufacturing of obscene material.

According to the Ratliff’s arrest warrants, the alleged abuse and torture took place between 2011-2015 and involved a female victim who was less than 12-years-old at the time. The couple allegedly furnished “Adderall, suboxone, Percocet and alcohol” on a number of occasions.

Pelham Police Department Community Relations Coordinator Ainsley Allison confirmed that the victim was not a permanent resident of the household but came forward to report the abuse.

“She came forward and notified a police officer outside of our jurisdiction of the abuse. When we found out the alleged crimes happened within the Pelham city limits, that’s when it became our case,” Allison said.