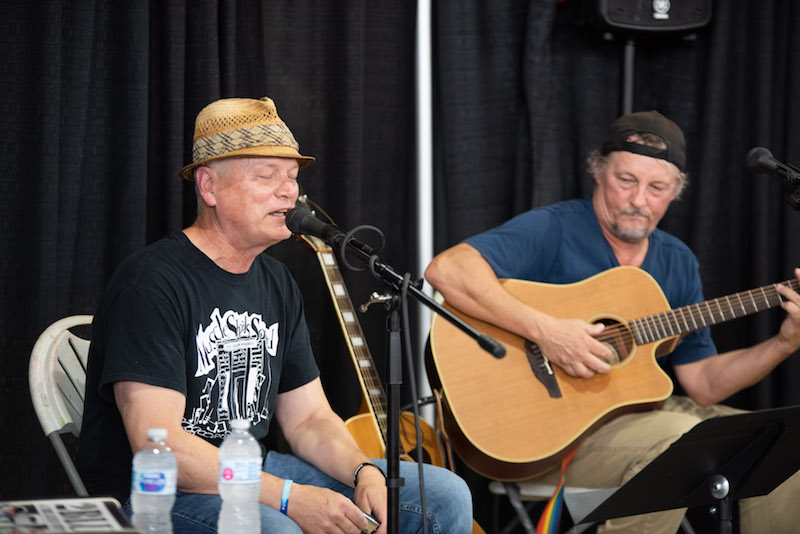 Created by the Alabama Humanities Foundation, the Making Alabama traveling exhibit is logging stops in each of the state’s 67 counties before the grand finale Dec. 14 in Montgomery, which will conclude the three-year bicentennial anniversary commemoration. 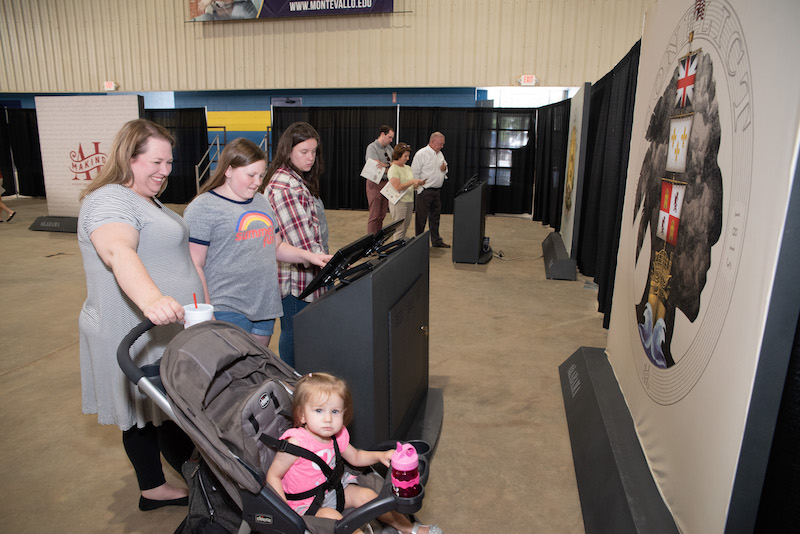 Visitors look at one of the kiosks in the Making Alabama, A Bicentennial Traveling Exhibit at the Shelby County Exhibition Center in Columbiana. (Reporter Photo/Keith McCoy)

The traveling exhibit consists of panels detailing different periods of history in Alabama with artistic collages and accompanying text, along with computer tablets stationed at kiosks.

Local visitors were provided with a program to read as they took a self-guided tour of the exhibit.

“Through study of the past, we have a better understanding of how we arrived at this moment in time,” the program’s introduction read in part.

In conjunction with the exhibit, the Shelby County Museum and Archives is displaying in its gallery the photography of John Reese, whose photographs are a visual history of the state’s people and places.