BY CINDY WARNER / Special to the Reporter

Shelby County teacher LaTasha Thomas has been named Ms. Alabama A&M University Alumni Queen for 2019 and will play a significant role in the Magic City Classic football game in October.

Thomas, a math teacher in the SUCCESS Program located at New Direction, graduated from Alabama A&M University in 1999 with a bachelor’s degree in math education. While at AAMU, she served as co-captain and captain of the Fabulous Flags visual ensemble with the Marching Maroon and White Band. 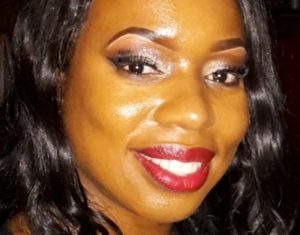 As part of her alumni queen duties, Thomas will attend various events related to the historic Magic City Class game between her alma mater and Alabama State University. The Magic City Classic, the largest historically black college and university football game in the country, will be played October 26 at 2:30 p.m. at Legion Field. Leading up to the game, Thomas will join both university presidents for the kickoff breakfast on Thursday, October 24, and a luncheon on Friday, October 25.

Thomas will also participate in the Magic City Classic parade, which will be held October 26 at 8:00 a.m. on the streets of downtown Birmingham and will be presented as alumni queen during the halftime show. She will also represent AAMU throughout the year at various community service projects.

In addition to her degree from AAMU, Thomas also earned her master’s degree in math education from the University of Alabama at Birmingham. She has been in education for almost 20 years serving as a math teacher in Bessemer City Schools, Midfield City Schools, and Shelby County Schools. She also teaches the Upward Bound program at the Unversity of Montevallo and Developmental Math at Lawson State Community College. She is an active member of the Birmingham Alumnae Chapter of Delta Sigma Theta Sorority, Inc. where she serves as assistant recording secretary.

Helena schools partner with Neighborhood Bridges to create a…