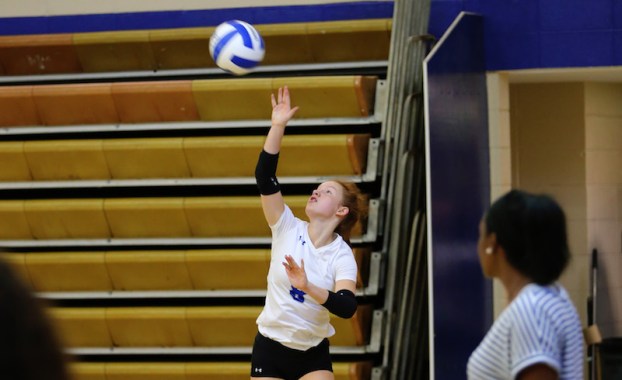 The Chelsea Hornets are the highest ranked local team thanks to earning the No. 3 spot in the Class 6A standings. (For the Reporter/Robert Dean)

It’s been a strong start locally to the 2019 volleyball season for several teams, which was reflected when the latest state high school volleyball rankings were released on Thursday, Aug. 29.

Included in the top 10 of their respective classifications were the Thompson Warriors, Spain Park Jaguars, Chelsea Hornets and Pelham Panthers, while the Oak Mountain Eagles were nominated for a spot in the top 10.

So far this season, each of those teams has played a difficult schedule and handled it well.

The highest ranked team in the county was Chelsea, who came in at No. 3 in the 6A classification thanks to one of the best starts in the state.

At the 2019 Briarwood Serve-Off tournament, Chelsea went on to beat Thompson in the championship game to take home the title, and has been one of the hottest teams in the state this season.

One of the few undefeated teams left in the state at 10-0, the Hornets have won nine consecutive matches in straight sets. After dropping the first set of the season to Alexandria, Chelsea has won 20 consecutive sets to take down Alexandria, Lawrence County, Thompson, Auburn, Homewood, McAdory, Central, Guntersville, Clay-Chalkville and Oxford.

Thompson hasn’t been too far behind that mark this season with an 9-2 start highlighted by an upset of former No. 1 Mountain Brook.

The Warriors, who came in at No. 4 in Class 7A, started the season with a win against Hewitt-Trussville and a near win over 6A No. 1 Spanish Fort.

The Warriors currently sit behind Hoover at No. 3, Mountain Brook at No. 2 and McGill-Toolen, who is the new No. 1 team.

Just one spot behind the Warriors at No. 5 is Spain Park, who is off to a 5-2 start. To this point in the season, the Jaguars have wins over James Clemens, Sparkman, John Carroll, Lenoir City and Brentwood Academy.

They also went 3-2 in the Juanita Boddie Invitational during the first weekend of the season.

Pelham was the only other local team to earn a spot in the top 10 after finding the No. 6 ranking in the 6A classification.

The Panthers, who have had several successful seasons in a row, are looking to put together another special year in 2019 and are currently off to a 2-1 start.

Pelham split an opening-night tri-match with Vestavia Hills and Hillcrest-Tuscaloosa, while also sweeping the Briarwood Lions in straight sets. In their matchup with Class 7A No. 8 Vestavia Hills, the Panthers were close to pulling off the upset but lost a difficult final set to drop the match 2-1.

All four of those teams seem to be firmly in the top 10 for the foreseeable future, while the Oak Mountain Eagles received nominations for a spot thanks to a 3-2 start to the year with one of those two losses being to 4A No. 1 Bayside.