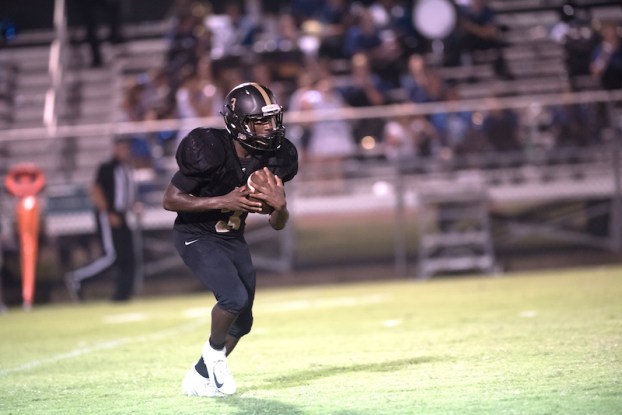 Vincent's Tae McGregor, above, started the game with a big play for the Yellow Jackets. (File)

Keith followed Vincent’s big play touchdown with one of its own and went for two to take an 8-7 lead. The next series was aided by a 15-yard facemask penalty to put the Bears in striking distance to lead 16-7 at the end of the first quarter.

The Bears returned the second half kickoff for a touchdown, which VHS Head Coach Luke Weatherford called the “back breaker” of the night for a 22-13 lead. Vincent answered with a 5-yard touchdown run by Ryan Culliver, who rushed for 80 yards on 10 carries during the night.

“Ryan was the work horse for us tonight,” Weatherford said.

Following Culliver’s touchdown, Keith took advantage of a special teams miscue and short field to answer once more and cap the scoring at 28-19.

“We’re not good enough to not beat ourselves,” Weatherford said. “I thought we played hard, but we made a lot of mistakes, stuff that got us beat. Until we learn to do the little things right at practice, they’re going to come back and bite us. We’re still trying to get a culture change in our program and we’re not quite there yet.”