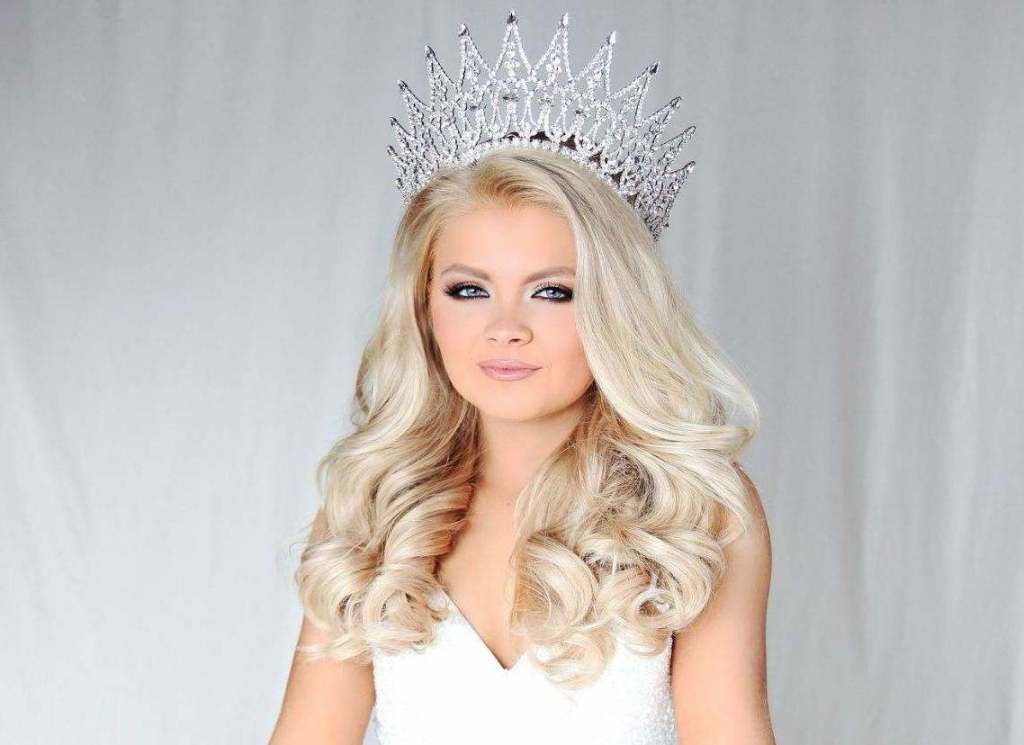 Angel Lynn Maddox recently won the title of Miss Junior Teen United States and hopes to use her platform Hands of Hope to raise money for cancer awareness. (Contributed)

“It was really neat to be able to participate in the pageant,” Maddox, 15, said. “I was able to meet a lot of people from across the country and make friends that I will have for a lifetime.”

Maddox uses her platform to raise money for the American Cancer Society Hope Lodge due to her grandfather’s fight with lung cancer.

“His story has led me to create my platform ‘Hands of Hope,’ to provide love and support to cancer patients across the country,” Maddox said. “I would love to show them that there is hope. I will do this by educating, fundraising and inspiring patients and their families.”

Since 2016, Maddox has volunteered more than 700 hours of community service, and spends much of her time raising money to donate to Hope Lodge in Birmingham.

According to the American Cancer Society website, Hope Lodge is a place that offers caregivers a free place to stay “when their best hope for effective treatment may be in another city.”

In April, Maddox organized a Hands of Hope Cancer Awareness Pageant, which was held at the Thompson Middle School auditorium.

Maddox said it was her first “big” event to organize and everything went well.

“We had 26 contestants from all across the area,” Maddox said. “We even had a contestant come and compete from Tennessee. I think everyone enjoyed it and we raised about $2,500 at the event. We definitely plan to do something like that again in the future.”

The pageant was open to anyone ages 5 to 19 and five queens were crowned.

Maddox said it was neat to see so many people step up to volunteer and help make the event a success.

“It was definitely a lot of work, but everyone had a great time,” she said.

In April, Maddox was crowned Miss Junior Teen Alabama United States, which led to her competing in Las Vegas for the United States National Pageant.

“The Mrs. United States National Pageant was created by Isabella IIacqua over 30 years ago with a focus on the contestant,” according to a press release from the pageant organization. “The roots of its humble beginnings were wrapped around the needs of, and opportunities for, married women. Yet soon after its inception, the pageant’s focus became more encompassing, resulting in the empowerment of girls, young ladies and women presented in a multi-division format.”

Now, the system has eight divisions for girls, young ladies, and women ranging from 8-years-old and up.

For anyone interested in learning more about Maddox’s platform or to see a list of upcoming fundraisers, visit her Facebook page, Angel Whispers Hands of Hope or by visiting her title page of Miss Junior Teen United States.