PELHAM – Two women were arrested and released from the Shelby County Jail at the end of August for allegedly stealing thousands of dollars from two victims while using a fake bank account. 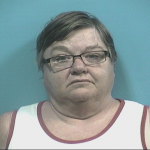 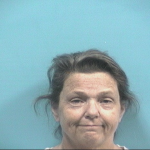 According to their arrest warrants, Pate and Blair received $150,300 in stolen cash on June 25 from the 2200 block of Pelham Parkway.

Pelham Police Community Relations Coordinator Ainsley Allison said the two women were part of a scheme to defraud a couple from out of state who were attempting to purchase a home.

“The two victims were trying to purchase a home in a suburb of North Carolina,” Allison said. “The couple received an email appearing to be from their closing attorney asking them to wire money, but the email was fake.”

Allison said Pate set up the fake bank account at the request of Blair. Once the money was wired to the account, the two women withdrew the $150,300 and sent the cash to two separate addresses in Texas.

Following that, Pate and Blair received approximately $550,000 from the victims and attempted to wire the money to China. Allison said the bank flagged the transaction and ultimately the $550,000 was recovered.

Allison said the case is still under investigation as the Pelham Police Department is still working to recover the $150,300 that was sent to Texas.

First-degree receiving stolen property is a Class B felony and if convicted, both women could face up to 20 years in prison.

By ALEC ETHEREDGE | Sports Editor Hartselle – There was a lot of talent on the floor when three of... read more