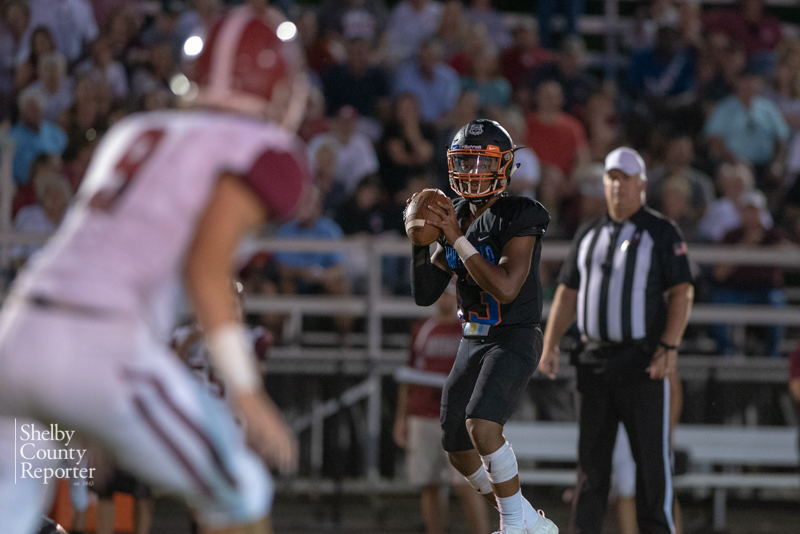 Montevallo pulled away from Dallas County in the second half to pick up a dominant second win in a row. (File)

The Bulldogs (2-1) had a 16-14 lead with three minutes remaining in the first half, when Gilliland scored the first of his two rushing touchdowns from 4 yards out with just under a minute remaining. Senior Kial Cottingham caught the 2-point conversion to give MHS a 24-14 lead at halftime.

The defense stiffened in the second half, giving up only a touchdown late in the fourth quarter to close out the scoring.

“I am proud of how our defense played in the second half,” Montevallo head coach Brandon Wilcox said after the win. “They stepped up other than the one play…we were pitching a shutout, I’m proud of our guys for finding a way to get another win.”

After stopping the Hornets on their first possession, Inabinette connected with senior J.J. Evans from 31 yards out for the first touchdown. Gilliland converted a 2-point run for an 8-0 lead three minutes into the game.

Junior quarterback Calvin Griffin had a 4-yard touchdown run early in the second quarter. The Hornets were not able to convert on the 2-point play. With just more than four minutes remaining, Inabinette found senior Jamarius Carter from 7 yards out. Inabinette ran in the 2-point conversion for a 16-6 lead.

On the next possession, Griffin found senior Jalyn Callens for a 63-yard scoring toss. The Hornets were successful on a 2-point play to cut the lead to 16-14.

Gilliland (4 yards) and Inabinette (13 yards) had rushing touchdowns in the third quarter, while junior Orlandis Weeks (12 yards) and Carter (43 yards) ran for scores in the final quarter.

Inabinette finished his night at quarterback 21-of-29 for 264 yards and three touchdowns in addition to 32 rushing yards and another touchdown.

Justin Tyus led the defense with six tackles, while Weeks and Jamion Prentice totaled one sack apiece and Cottingham one interception.

Montevallo will host their third consecutive home game next week, with a Thursday night battle with Jemison at 7 p.m.