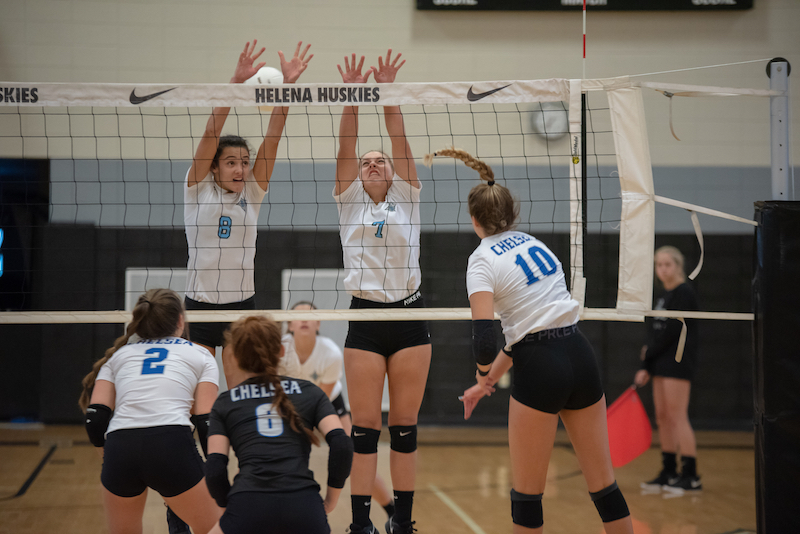 Chelsea swept Helena in three sets during an area match on Thursday, Sept. 5, as the Hornets continue to stay hot this season. (Reporter Photo/Keith McCoy)

HELENA – Two days after falling in a tough five-set match to Calera on Sept. 3, Helena had no time to sulk as the Huskies’ quickly had to turn their attention to another area foe on Sept. 5 at home.

Helena welcomed the Chelsea Hornets, one of the toughest teams in Class 6A, as the Hornets showed once again why they’re one of the more complete volleyball teams in the state.

Chelsea has lost just one match so far this season and improved to 1-0 in region play.

Against the Hornets, Helena was led by Mia Johnson who recorded six kills and one block and Brianna Wilson contributed with four kills and one block. Kenzie Sipper added three aces and six digs and Madison Rasmussen had six assists.

Both teams will meet again at Chelsea High School on Tuesday, Sept. 24.