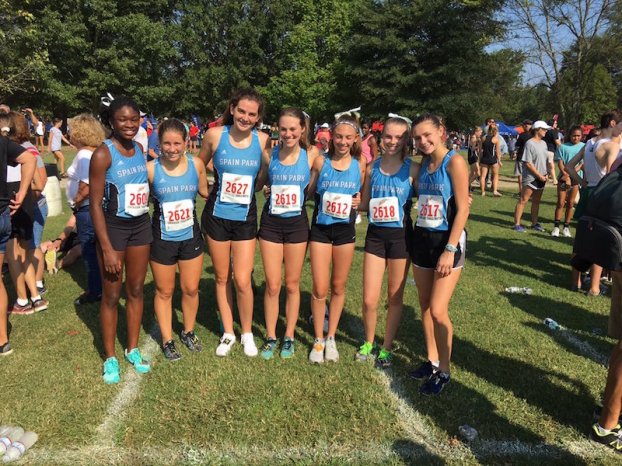 OAKVILLE – It was a strong day for several local girls cross country teams at the 2019 Chickasaw Invitational held at Oakville Indian Mounds Park on Saturday, Sept. 7, as one team finished with a championship, two total teams finished inside the top five and three inside the top 15.

Individually, there were 12 total runners to finish inside the top 21 as well between the large school race and small school race.

In the small school event, the Westminster at Oak Mountain Knights built off their dominant 2018 state championship season by picking up a team victory in the event.

Highlighted by top-five finishes from Hannah Adams and Hallie Porterfield, the Knights totaled 58 points, which beat the next closest competitor by 53 points.

Adams, a freshman, was the highlight of the event with her second-place finish thanks to a time of 19:48.08. She finished just ahead of Porterfield in fourth with a time of 20:23.87. Those two finished inside the top four out of 243 runners.

McKenzie Fulton and Courtney Callahan finished 18th and 20th, respectively, to bring the Knights total of top-20 finishers to four. Fulton finished the race in 22:19.91, while Callahan held a time of 22:22.39.

In the large school race, the Spain Park Jaguars got off to a fast start to the 2019 season thanks to a finish of fourth in the event featuring 247 athletes. The Jags finished just one point behind Homewood and 22 points behind Mountain Brook, two of the top teams in the state.

The Oak Mountain Eagles also had a strong showing at the event, finishing 12th overall as a team.

The Eagles were led by senior Evie Bell, who claimed the 12th spot in the race with a finish of 20:05.55. Oak Mountain also got strong finishes from Emma Grace Phillips and Adrienne Cooley.

Chelsea was the only other full team to participate from the county finishing 22nd in the overall standings. The Hornets were highlighted by Teanna Cason, who finished in 20th with a time of 20:35.98.

That followed up a strong finish of sixth for Cason at the Early Bird Twilight to kick off the 2019 season.

By ALEC ETHEREDGE | Sports Editor NORTH SHELBY – Each of the last two years, the Westminster at Oak Mountain... read more