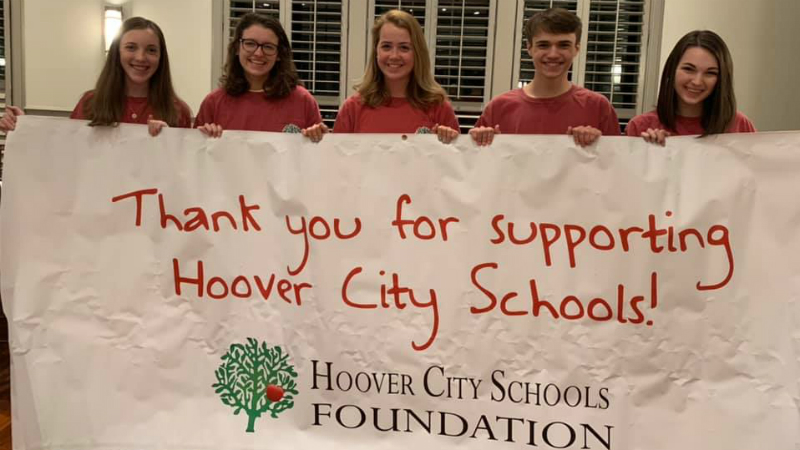 The Hoover City Schools Foundation was established in 1992 to bridge the gap between increasingly limited public school funding and the growing needs of the city’s students and teachers.(CONTRIBUTED)

“Since 2015, Janet has played a critical role in the development and success of the Foundation, and while we will miss her and her leadership, we wish her the best of luck in her new endeavor as an entrepreneur and college planning counselor,” said Steve McClinton, president of the Hoover City Schools Foundation Board. “We want to thank her for the four years of dedicated service which involved many significant accomplishments for the Foundation.”

Her accomplishments as Executive Director have included:

“After more than four years as executive director of the Hoover City Schools Foundation, and numerous years on the Board of Directors before that, I recently submitted my resignation to the board in order to pursue new challenges,” Turner said. “While turning the page to a new chapter creates a mix of emotions for me, I’m excited about my next chapter as an entrepreneur and college planner. In this new role, I will be able to continue in the work that has become so important to me: helping students learn and grow and reach new heights.

“The decision for my transition did not come easily as I am extremely proud of all the Foundation’s board, student board and supporters have accomplished during the past four years and overwhelmed by the friendships and relationships I’ve built during my time as executive director.

“I am so thankful to all who have been so supportive of the Foundation and of me personally over the years: board members, school district staff and board members, city leaders, parents and of course our partners and donors who have given so generously to support education in Hoover. I am honored to have been a part of this organization and will watch with much excitement and anticipation as it continues to make strides in supporting teachers and students in Hoover.”

“During this transition period, it is our priority to find the best individual to lead, while still supporting our teachers and our schools,” said McClinton. “We will share the job announcement soon and ask for your help in identifying candidates who can help the Foundation continue along its successful trajectory.”

Anyone with questions or concerns during this transition process is encouraged to reach out to Steve McClinton personally at steve.mcclinton@gmail.com.