HOOVER – A 36-year-old Bessemer man has been charged with aggravated child abuse after allegedly forcing a child to run on a treadmill and then repeatedly striking the victim. 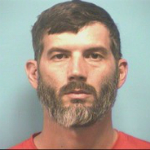 The Hoover Police Special Victims Unit launched an investigation on Aug. 14 into allegations of child abuse at a Hoover residence after being notified by Department of Human Resources officers.

A day earlier, the suspect had allegedly forced a child family member to run on a treadmill in their garage, according to a news release from Hoover Police Department.

“When the victim could no longer run at the pace set by the suspect, he began striking the child repeatedly with several different objects,” the release stated. “Officers observed extensive bruising to the victim’s lower body as a result.”

After reviewing the facts of the case, a warrant was issued by the Shelby County District Attorney’s Office for Robert Barnes Fox V.

Fox turned himself in to the Shelby County Jail on Wednesday, Sept. 11, and was released after posting $15,000 bond, according to HPD.

No further information will be disclosed by police because of the age of the victim.

Written by Alec Etheredge Dynamic duos have become more common, and even triple threats, but a quadruple threat is rare,... read more