COLUMBIANA – A man and woman remain in the Shelby County Jail after authorities arrested them on drug charges that allegedly included the trafficking of opium. 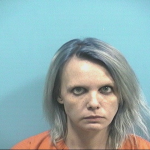 The Shelby County Drug Enforcement Task Force arrested 25-year-old Megan Elizabeth Isbell, who lists an address in the 1600 block of Deer Springs Road in Pelham on Sept. 5, and charged her with possession of drug paraphernalia and trafficking opium. 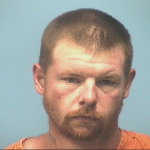 The Shelby County Drug Enforcement Task Force also arrested 30-year-old James William Moore, who lists an address in the 300 block of Shelby County 311 in Shelby on Sept. 5, and charged him with unlawful possession of a controlled substance and trafficking opium.

According to arrest warrants, Isbell and Moore “were found to be in possession of 11.17 grams or 22 oxycodone pills.” In addition, Isbell allegedly possessed “a clear straw with a white powdery substance,” and Moore “unlawfully possessed 1.44 grams of methamphetamine” near the 60th block of Shelby County 26 in Alabaster.

Isbell and Moore both remain in the Shelby County Jail on bonds totaling more than $500,000 as of Sept. 12.

Trafficking opium is a Class A felony, and is punishable between 10 years and life in prison, according to Alabama state law.

Isbell and Moore are scheduled to appear in Shelby County District Court for a preliminary hearing on Thursday, Sept. 26, at 8:30 a.m.