Pelham gives up 28-unanswered in loss to Minor 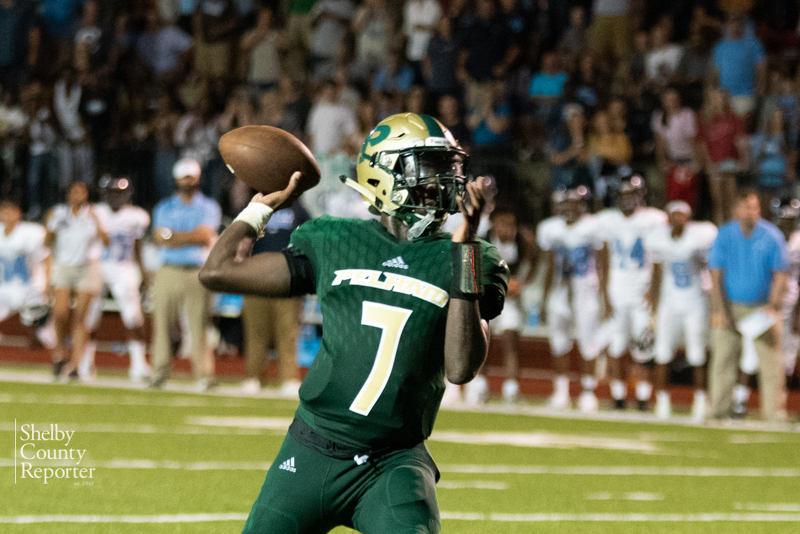 The Pelham Panthers fell to 0-4 on the season and 0-2 in region play after a difficult road loss to Minor on Friday, Sept. 13. (File)

The Panthers answered an early Minor touchdown with a 6-yard touchdown run by Xavier Langford to even the score at 7-7 through the opening quarter and put Pelham in good shape to that point in the game.

Minor, however, answered early in the second quarter with a touchdown to take a 14-7 lead, which opened the flood gates and led to 28 unanswered points for the Tigers.

On the ensuing kickoff, Pelham fumbled the ball and gave it right back to Minor, who capitalized with a touchdown to extend the lead to 20-7.

The mistakes kept coming for the Panthers after that as a high punt snap led to a safety and quickly made it 22-7 before Minor capitalized on getting the ball back to score one more time before the half and take a 29-7 lead into the break.

“We’re playing against some good people, and we’re making mistakes and their capitalizing on them. It takes two or three series to recover, and you can’t do that against good teams,” Pelham Coach Tom Causey said. “We’ve got to continue to work to get better at executing the offense and defense.”

The Panthers were unable to overcome those mistakes in the second half as Minor added one more touchdown to close out the scoring for the 35-7 victory.

Pelham quarterback Xavier Lankford finished with 74 yards of total offense, consisting of 46 rushing on 12 carries and 4-of-13 passing for 28 yards. Gabe Gamble led Pelham with 76 yards on 15 carries.

Defensively, Braden Marlowe had eight tackles, Phillip Duke had five and Cody Ferguson had an interception.