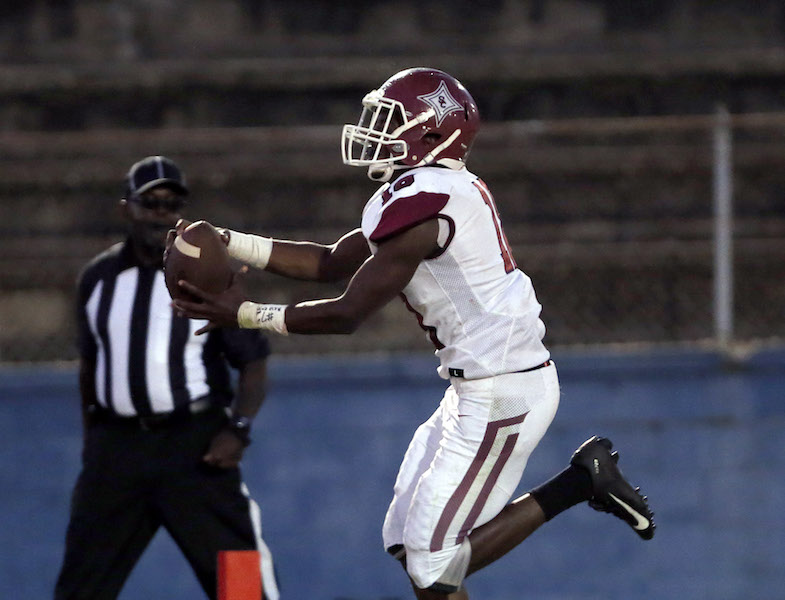 The Shelby County Wildcats dropped their fourth consecutive game of 2019 after a difficult loss to Class 5A No. 9 Bibb County. (File)

COLUMBIANA – Following three straight losses by eight points or less to start the 2019 season, the Shelby County Wildcats were forced to take on No. 9 Bibb County in a region matchup on Friday, Sept. 13.

Through those first three difficult losses, the offense had still scored a combined 97 points for the Wildcats, but the defense was giving up 35-plus points per game.

Heading into a matchup against a Bibb County team that had only given up 35 points in a 3-0 start, the Wildcats were going to need their defense to step up knowing it would be tough to come by a lot of points.

Shelby County, however, continued its struggles on the defensive side of the ball, giving up 53 points in a 53-20 loss at home to fall to 0-4 on the season and 0-2 in region play.

The positive for the Wildcats was still the offense, as they went on to score the most points on the undefeated Choctaws to this point in the season, but a deep hole early in the game was too much for them to overcome.

Bibb County came out in the first quarter and scored more points than it had in any game this season by jumping up 21-0 in the opening period of the game.

The Choctaws didn’t let up after that and went on to score two more times in the next five minutes of game time to take a 33-0 lead with 9:25 left in the first quarter.

Shelby County was able to finally bounce back from that blistering start from Bibb County thanks to a touchdown to close out the half, which made the score 33-7 at the break.

Early in the third, the Choctaws continued to be aggressive and eventually extended the lead to 40-7 with 7:44 remaining in the third quarter.

From that point, both teams went on to score two more touchdowns each, which led to Bibb County pulling away for the easy 53-20 road victory.

Stanhope Elmore pulls away from Calera