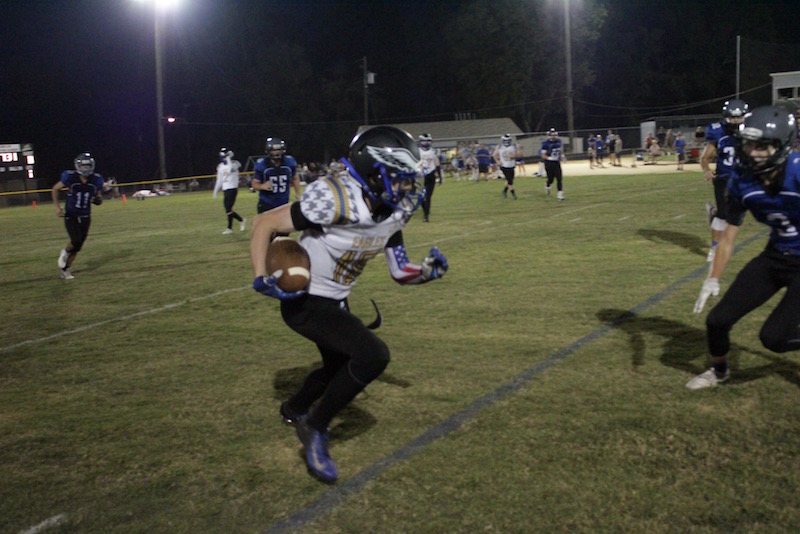 BESSEMER – Trinity Christian traveled to New Life for its third straight road game on Friday, Sept. 13, and despite a difficult 32-22 loss, the Eagles continued to show progress in their third consecutive loss.

The Eagles then took the ball the full length of the field with solid running by Isaac Bradshaw and Brennan Whatley. Whatley scrambled free, ending up in the end zone to put Trinity on the board.

Trinity halted a late second quarter drive by New Life and then Blayton Tierce blocked the punt to get the ball back deep in New Life’s territory.  A few plays later Tierce powered into the end zone to put Trinity up 14-8 going into the halftime break.

The second half, however, belonged to New Life. They surged in front to take the lead in the third quarter and never looked back.

The Eagles added a touchdown from Isaac Bradshaw late in the third quarter, but Trinity couldn’t stop the New Life running game, as they went on to pull away for the 32-22 victory.

Trinity is now 1-3 on the season, but is set to return home next week to host Coosa Valley Academy following a three-game road trip.