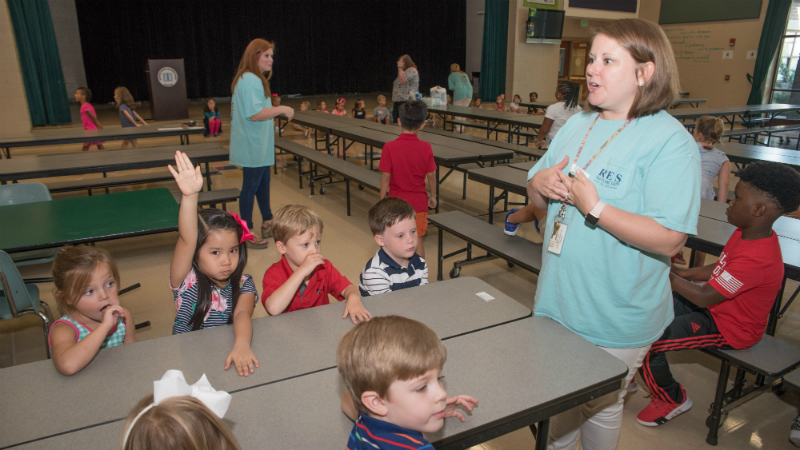 The Alliance for a Healthier Generation, one of the nation’s preeminent children’s health organizations, named 355 schools from 23 states as “America’s Healthiest Schools,” including nine schools from the Hoover City Schools district.

America’s Healthiest Schools—77 percent of which are Title I schools that serve high-need student populations—receive Healthier Generation’s National Healthy Schools Award at the Bronze, Silver or Gold level, based on the number of best-practices they have implemented relating to children’s health.

All of America’s Healthiest Schools:

“We are thrilled to see another strong showing of dedicated schools that are taking steps to create healthier school environments that support children’s physical, social, and emotional health,” said Kathy Higgins, chief executive officer at the Alliance for a Healthier Generation. “More than a decade ago, we sought to help schools create a culture of health that puts the well-being of youth and educators front and center. We are blown away by the number of schools, especially those serving youth from underserved communities, that doubled down on their commitment to health and academic success. This year’s list is a continued testament to the nationwide movement for improving the social, emotional and physical health of current and future generations.”

All of America’s Healthiest Schools participate in Healthier Generation’s Healthy Schools Program, one of the nation’s largest school-based childhood obesity prevention initiatives that fosters a comprehensive approach to health promotion driven by administrators, teachers, counselors, parents, and the surrounding community. Research published in the Centers for Disease Control and Prevention’s journal, Preventing Chronic Disease, found that meaningful participation in Healthier Generation’s Healthy Schools Program was linked to reductions in the prevalence of overweight and obesity among students in high-need schools. Since its inception, Healthier Generation has supported more than 42,000 schools serving over 25 million kids in creating healthier learning environments.

“Schools have direct contact with more than 95 percent of our nation’s young people during some of the most critical years of their development,” said Holly Hunt, chief of the School Health Branch, in the Centers for Disease Control and Prevention’s National Center for Chronic Disease Prevention and Health Promotion. “This recognition shows how schools have worked to create an environment where children learn and practice healthy behaviors that can last a lifetime.”

Students from across Shelby County learn leadership at conference