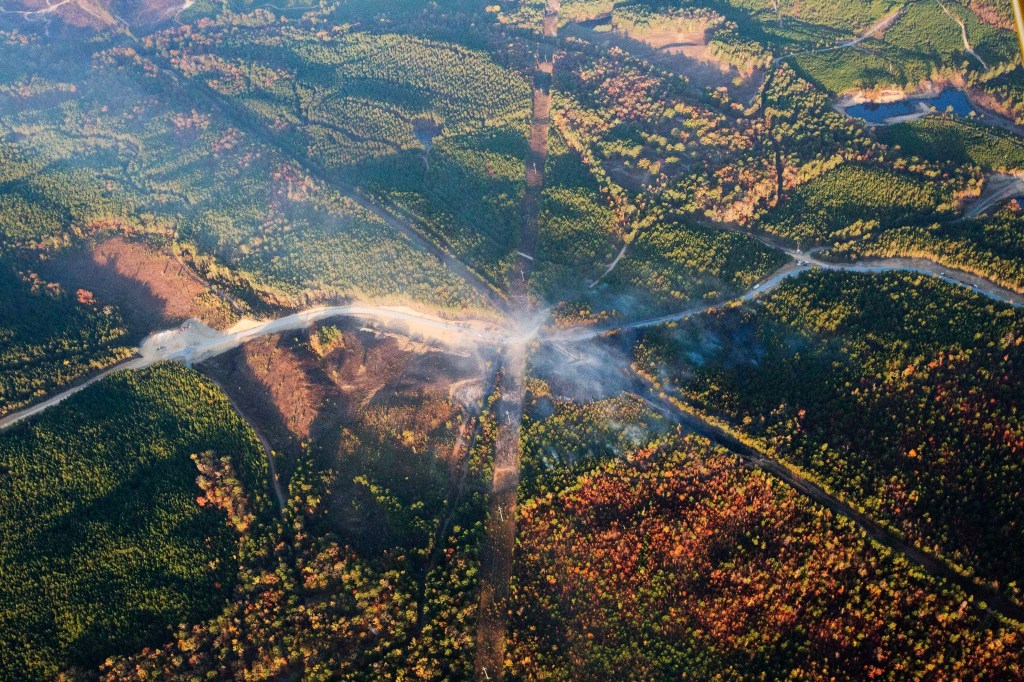 In this Nov. 1, 2016, file photo, a fog of smoke covers the trees near an explosion of a Colonial Pipeline in Helena, Ala. A new federal lawsuit accuses a pipeline company of failing to tell work crews where a major U.S. pipeline was underground before they ruptured the line, touching off a deadly explosion. The estate of Anthony Willingham, an Alabama worker who died in the blast, this week filed a federal lawsuit against Georgia-based Colonial Pipeline Co. and a partner company. (AP Photo/Brynn Anderson, File)

ATLANTA — A federal lawsuit accuses a major pipeline company based in Georgia of failing to tell work crews where a major underground pipeline was located before they ruptured the line, touching off a deadly explosion in Alabama.

The workers were trying to make repairs after a Colonial Pipeline Co. line leaked gasoline southwest of Birmingham and was shut down in 2016, threatening U.S. gasoline supplies.

The estate of Anthony Willingham, an Alabama worker who died in the blast, filed a federal lawsuit this week against Colonial Pipeline and a partner company.

Willingham and others weren’t given adequate information about the depth and location of the pipeline before they dug into the ground to make repairs, according to the lawsuit.

The lawsuit also said Colonial’s project inspector failed to appear at the site, located in a rural area that caught fire following the explosion. Crew worked for days to extinguish the blaze.

Colonial Pipeline, with headquarters in metro Atlanta, did not immediately respond to requests for comment Friday.

The lawsuit was filed just weeks after Colonial Pipeline sued an Alabama contractor over another incident that threatened U.S. gasoline supplies within weeks of the deadly blast.

The pipeline operator contends in a lawsuit filed in August that faulty work by the Birmingham-based Ceco Pipeline Services caused a crack that spilled at least a quarter-million gallons of gasoline in rural Shelby County in 2016.

The lawsuit said Colonial Pipeline transports an average of 100 million gallons (378 million liters) of refined petroleum products daily through a system that includes more than 5,500 miles (8,850 kilometers) of pipeline.