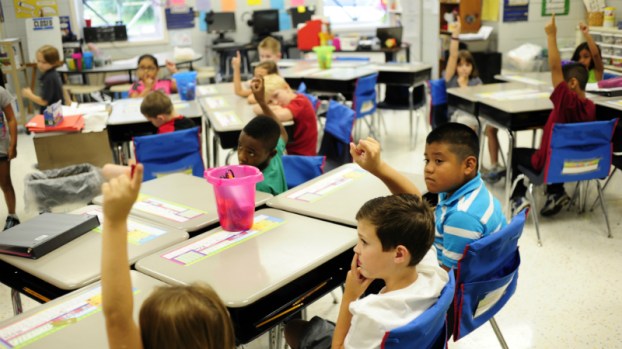 HOOVER – The Hoover City Schools Board of Education at its meeting on Tuesday, Sept. 10, received an update about the district’s effort to increase equity and diversity.

“The district has done a lot of work,” Lamar said, noting that four of the six objectives, and 18 of the 21 action items, in the strategic plan have already been met.

An equity committee was formed in December 2018 with at least one member from each of the district’s schools, Lamar said.

Discussions about equity and unity training began in January, when officials also decided the need for focus groups.

The next month, HCS officials met with administrators about the results of data that had been gathered, identifying areas of strength and concern, and giving the administrators an opportunity to ask any questions they had related to equity and diversity.

Another meeting soon followed when new guidelines were shared, and parents were solicited to review data and brainstorm potential solutions.

These efforts coincided with a Unity Walk at Hoover High School and Blackout Day at Spain Park High School.

Student focus groups revealed that many had positive experiences at Hoover schools.

“Overall, students reported having a great experience in Hoover City Schools, and they actually enjoyed being here and their teachers, but they also noticed students who were involved in sports and extracurricular activities felt the most connected,” Lamar said.

Equity and inclusion training was provided for administrators in June, and parent focus groups met in July.

“I’ve gotten so many emails from parents asking about the next parent focus group,” Lamar said. “They’re already looking forward to next year.”

Lamar praised the attention given these issues by Superintendent Kathy Murphy.

“They say if you really want to know where a person’s heart is, look at where they spend their time,” he said. “She has spent a lot of her time working on this, and you can see her heart.

“Each of our students deserves to feel welcome, appreciated and safe every day when they come to school.”

“We are truly celebrating diversity, we are clearly creating unity, and certainly that’s something we desire to do every day,” Murphy said.

In other business, the Board heard an update from Assistant Superintendent Tera Simmons about efforts to set a calendar for the 2021-22 academic year.

Three options were submitted to parents for a vote, but the most popular calendar had a disparity in the number of schools day in each of the two semesters, so officials wanted more time to study the possibilities.

“We’d like to gather more feedback and go back and design a calendar based on that feedback,” Simmons said about a forthcoming survey of teachers and parents to determine scheduling priorities.