Ron Howard has given back to his community in so many wonderful ways. 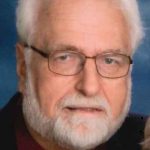 Ron Howard supports organizations such as the Lovelady Center, along with multiple literacy programs. (Contributed)

The giving of his time, talent and financial resources has transcended his immediate area to span literally around the world.

He is the founding captain of the University of Alabama Kiva team.

An international non-profit organization that, with the help of over 1.6 million blenders, has loaned to 2 1/2 million borrower’s loans totaling $1 billion throughout 84 countries and five continents around the world.

Loans that can help a borrower start or grow a business, go to school or access clean energy.

Sensitive to the plight of incarcerated women, Howard has provided items to help inmates, resident in release centers and juvenile detention facilities in Alabama.

During the Christmas season, he assists a program that provides decorations and cards for the women to send to their families and friends.

For several years he’s coordinated the collection and delivery of presents to the children at the Lovelady Center.

He has donated thousands of dollars in items, which have included an entire furnished apartment with a motorized wheelchair and electric bed.

Committed to promoting literacy, he has donated thousands of books to the Tutwiler Women’s Prison in Wetumpka, the Birmingham community-based facility, the Lovelady Center and the Tuscaloosa juvenile detention facility.

His involvement in other literacy projects includes book and puzzle donations to the Heardmont, Alabaster, Columbiana and other senior centers in Shelby County.

He is a trained docent at the Moundville State Archaeological Park and has developed a Native American teacher resource library, and donated books, videos and artifacts.

He is a member of Pelham Library Guild and Friends of North Shelby Library, which provides college scholarships to Pelham students and supports other library activities. Ron has served as photographer at many of its events and donated refreshments and other items to support Guild and Friend activities.

A stage 3 colon cancer survivor, Ron is dedicated to the fight to find a cure for cancer. He participates in the American Cancer Society and St. Vincent’s Camp Bluebird for adult cancer survivor, and ACS’s Cancer Action Network and is active CAN’s cancer prevention and cure legislation.

His role as a volunteer is phenomenal, and the list of organizations too numerous to mention.

By SASHA JOHNS / Community Columnist Post 131 of the American Legion will host their first meeting in their own... read more