ALABASTER – A Montevallo man arrested by the Alabaster Police Department on Sept. 13 has been accused of stealing multiple trailers and several pieces of lawn equipment from various locations, including a school and a church. 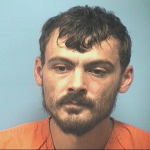 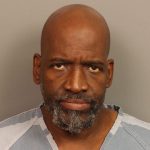 Alabaster police arrested Andrew Ryan Kabcenel, 31, who lists an address in Montevallo, and charged him with four counts of first-degree theft of property, second-degree criminal mischief, unlawful possession of a controlled substance and possession of drug paraphernalia.

Kabcenel’s arrest stems from alleged thefts that took place between Aug. 27 and Sept. 10.

Court documents state that another trailer, a 14-foot enclosed trailer valued at $5,500, was stolen on Sept. 10 from Barron Fan Technology. A metal gate was also damaged during the theft.

Alabaster detectives identified Kabcenel as a suspect in the thefts, and on Friday, Sept. 13, detectives conducted a sting operation during which Kabcenel met with an undercover detective to sell stolen property. At that point, Kabcenel was taken into custody.

“While investigating these thefts on Friday night, evidence led us to a residence in Bessemer,” Detective Zac Sanders stated in a news release. “A subsequent search warrant was executed on the 1200th block of 24th Street in Bessemer where multiple stolen items were recovered.”

Alabaster detectives were able to recover property stolen from surrounding areas during the investigation.

“If it wasn’t for the speedy and persistent response during these cases from the Alabaster Criminal Investigations Division, these individuals involved would have continued stealing from churches, schools, businesses and residences. The support and assistance from outside agencies contributed to the information gathered and subsequent arrest, bringing these cases to a close,” Alabaster Police Chief Curtis Rigney said.

Kabcenel is being held at Shelby County Sheriff’s Office on a $47,000 bond. Porter was released from the Jefferson County Jail on Sept. 14 on a $30,000 bond.