COLUMBIANA – A Helena couple charged with aggravated family child abuse after allegedly torturing, willfully abusing and maltreating their then 14-year-old adopted son are now set to stand trial on the charges in early November, according to an order filed in Shelby County Circuit Court. 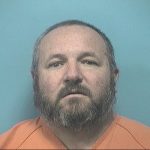 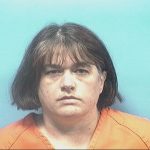 The Kellys were set to stand trial earlier this year, but the case was removed from the trial docket after an order was filed on March 18 by Circuit Court Judge William Bostick, citing the court did not anticipate reaching the case for jury trial the week of April 8.

The Kellys are now set to stand trial on the abuse charges in front of Bostick beginning on Nov. 4. The Kellys are set to appear in court for a pre-trial docket call on Sept. 23, followed by a court appearance for a plea date on Oct. 21.

The latest trial scheduling order also stated that if the case is not resolved during the November trial week, the defendants must be present on Monday, Dec. 9 for a jury trial. The trial will take place that day and each day thereafter until the case is tried, settled or until further order. Bostick also noted in the order that no continuances will be granted except for extreme circumstances.

According to their indictments filed in April 2017, the Kellys, “Did on or between November 1, 2014, to November 12, 2016, torture, willfully abuse, cruelly beat, or otherwise willfully maltreat said child over the period of two years in a closed off room in the basement with a locked door for 23 hours a day with limited to no access to social interaction; further, that was only allowed a box spring to sleep on; further, that was only fed one meal a day and that food and nourishment was withheld to the point that the victim was admitted on the date of Nov. 12, 2016, to the hospital suffering from extreme malnourishment, shock, hypothermia and dehydration to the point of near death and presented with abrasions on his knees, lips, ears and ankles, did such act which caused serious physical injury.”

After spending more than seven months in the Shelby County Jail, the Kellys were released on July 5, 2017, after Bostick granted an order to amend their bail from $1 million to $100,000 each.