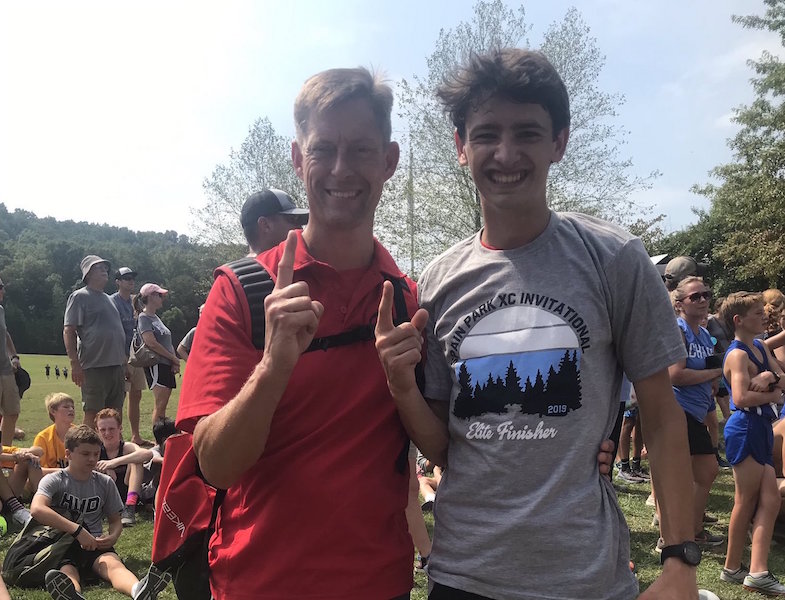 HOOVER – It’s been a strong start to the 2019 cross country season for Oak Mountain junior Walker Cole and on Saturday, Sept. 14, he continued it with his first win of the fall sports season at the Spain Park Cross Country Classic.

Cole, who entered the race with previous finishes of third at the Early Bird Twilight and fourth at the Chickasaw Trails Invitational, ran the race in a blistering speed of 16:53.89 to claim the top spot in the 5,000-meter race by 10 seconds.

He was one of several runners to perform well at the event and one of three top five finishers from the county.

Just behind Cole in second was Helena junior Brady Barton, who finished with a time of 17:03.70. Barton also finished seventh at the Early Bird Twilight to give him two high finishes this season.

In fifth was Chelsea’s Miles Brush with a time of 17:38.62. While it wasn’t his fastest time, it did mark his highest career finish with the Hornets. It comes just one event after setting his personal record time of 16:44.45 at the Chickasaw Invitational where he finished 22nd in a large field of runners.

Those were the only runners to finish inside the top 10 of the event, but two Spain Park athletes were able to finish in the top 15.

In the overall team standings, Spain Park actually went on to finish the highest of any county team as well thanks to consistency. The Jaguars were able to claim third in the event thanks to four total finishers inside the top 30.

Just behind the Jags in the team standings was Oak Mountain in fourth. The Eagles also saw some consistency with four other runners outside of Cole finishing inside the top 50 and six inside the top 60.

Bryce Caton, a freshman, was able to claim 35th in the race thanks to a time of 19:11.67, while Cameron English and Josh Scherer finished 43rd and 44th, respectively. Joining them inside the top 50 was teammate Luke Black in 46th.

Helena and Chelsea finished fifth and sixth, respectively, in the team standings.

The Huskies also got a finish of 49th from Reid Hess and 52nd from William Marshall.

Outside of Brush’s strong finish for Chelsea, the Hornets had two more inside the top 60 thanks to a finish of 56th from Joseph McGaha and 58th from Thomas Ludwig.