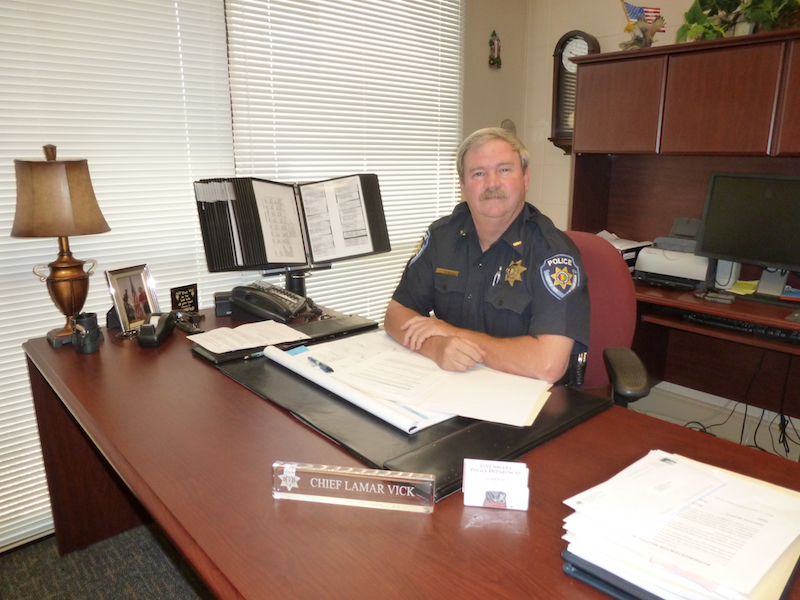 Columbiana Police Chief Lamar Vick told the City Council he plans to retire at the end of this year. (File)

COLUMBIANA – Columbiana Police Chief Lamar Vick announced his plans to retire at the end of the year during a Columbiana City Council meeting on Sept. 17.

“I’m ready to close that chapter of my book,” Vick said. “I appreciate the opportunity I’ve had to work for the city of Columbiana. We’ve made a lot of progress over the last 14 to 15 years, and the council has had a part in that.”

Vick has worked in law enforcement for nearly 35 years, 28 of which have been with the Columbiana Police Department.

Vick has served as Columbiana’s police chief for the last 14 years.

“I’m proud of our police department, and that is mostly because of your leadership,” Mayor Stancil Handley said to Vick. “I hate to see you go, but know this council appreciates your leadership. Thank you so much.”