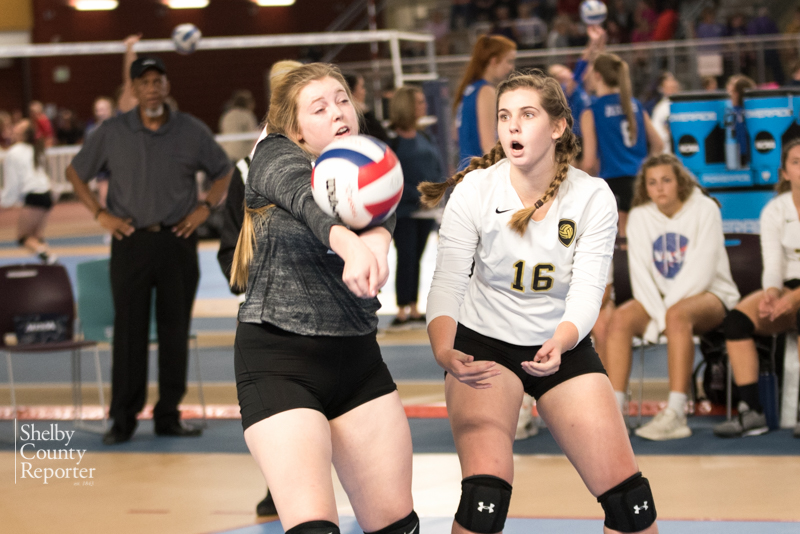 The Westminster at Oak Mountain Knights took down Class 6A Calera on Tuesday, Sept. 17, to continue an impressive 2019 season. (File)

CALERA – As the No. 7 ranked team in the 1A classification, it’s been an impressive season for the Westminster at Oak Mountain Knights volleyball team, and on Tuesday, Sept. 17, they picked up another monumental win.

In a tightly contested match, the Knights were able to take down 6A and county opponent Calera in four sets to improve to 16-7 overall this season. After a 4-4 start, the Knights have now won 12 of their last 15 matches and have dropped just nine sets, while picking up nine straight-set victories during that span.

Against Calera, Westminster was able to grab the momentum early in the match thanks to a dominant first set. The Knights flew out of the gates and never looked back in the opening set, eventually pulling away for a 25-16 victory to take a 1-0 lead in the match.

Calera, however, has shown some promising play to this point in the season with several big wins, and showed its ability in the second set.

The Eagles were able to bounce back from their opening-set loss and put together the most lopsided set of the night for a 25-13 second-set victory, which evened the match at 1-1.

But inconsistency became Calera’s problem the rest of the night.

Following that dominant showing in the second set, the Eagles struggled to regain that same form, and in the third set, Westminster capitalized.

The Knights, similar to the first set, were able to gain early confidence and eventually pulled away for a comfortable 25-16 victory bouncing back from a lopsided second set to take a 2-1 lead in the match.

Up 2-1, Westminster at Oak Mountain had forced Calera into a must-win situation in the fourth set to extend the match, while the Eagles just needed to win one of the next two sets to claim the match.

With the lead, the Knights were able to play more relaxed in the fourth set, and while the Eagles kept it close and battled until the end, the comfort of not having to win helped Westminster make the late plays to pull off a 25-21 fourth-set win, which led to a 3-1 match victory.

A team that is hungry to get back to the state tournament and make up for two heartbreaking Elite Eight losses the last two years, Westminster seems to be motivated right now and is proving it each and every match.