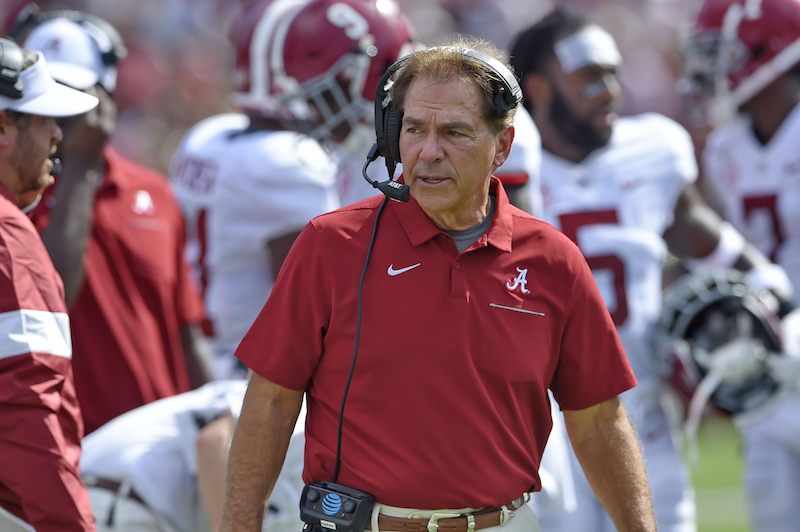 Alabama head coach Nick Saban works during a timeout in the first half of an NCAA college football game against South Carolina Saturday, Sept. 14, 2019, in Columbia, S.C. (AP Photo/Richard Shiro)

After this one, Alabama starts a six-game stretch of Southeastern Conference contests. Southern Miss is seeking its fourth win over an AP Top 10 opponent and first since the 2011 Conference USA championship game against then-No. 7 Houston.

Alabama’s defense against the Southern Miss passing game. The Tide is expected to start four freshmen on defense in this game with the latest injury to a starter, this time DE LaBryan Ray. Led by QB Jack Abraham, the Golden Eagles lead Conference USA in passing offense and rank second in both scoring and total offense. Abraham is coming off a 463-yard passing performance in a win over Troy.

Southern Miss: WR/RS Jaylond Adams has returned two kicks and a punt for touchdowns. A big special teams play could be key to the Golden Eagles staying competitive in this game. Adams also has 18 catches.

Alabama: S Xavier McKinney is the team’s leading tackler and has an interception and forced fumble. He’s also an experienced voice on an increasingly youthful defense.

The series has been played in four Alabama cities — Tuscaloosa, Birmingham, Montgomery and Mobile — but never outside the state. … This is the highest ranked opponent for Southern Miss since losing 21-6 to then-No. 2 Florida on Aug. 30, 1997. … Alabama defensive coordinator Pete Golding coached defensive backs for the Golden Eagles in 2014-15. … The Tide has won 27 straight at Bryant-Denny Stadium and beaten 85 consecutive unranked opponents. 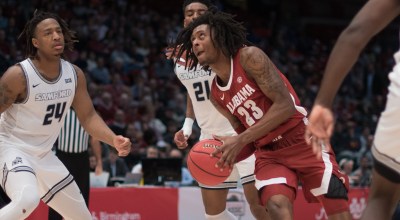 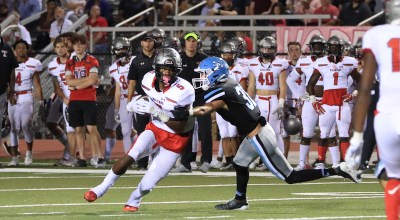 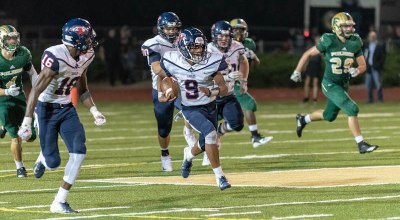