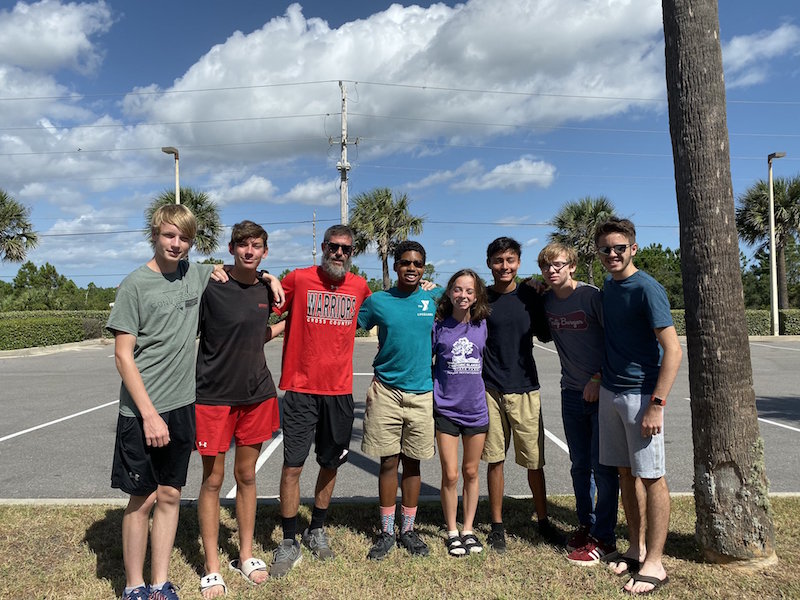 The Thompson Warriors were able to claim top eight finishes in both the boys and girls races, while the Calera Eagles also performed well. (Contributed)

DAPHNE – The Thompson Warriors and Calera Eagles saw both their boys and girls compete at the 2019 Daphne Invitational cross country meet held at the historical Blakely State Park on Saturday, Sept. 21, and both had noteworthy finishes in an event that featured 205 runners.

It marked a strong finish from the Warriors who were without lead runner Jace Jones.

Calera’s boys also had several strong finishers, which led to an overall team finish of 15th for the Eagles with 411 team points.

Those times were just a shade more than two minutes behind the winning time of 16:30.53 set by UMS-Wright’s Joseph Perry.

Calera also had two runners finish inside the top 70 thanks to finishes of 64th and 69th from Cade Galloway and Riley Gay, respectively. Galloway finished the race in 19:24.00, while Gay finished with a time of 19:28.24.

Thompson had two more finishers crack the top 100, while Calera had one more.

The two finishers for the Warriors to do so were Rick Palma and Donny Griffeth in 90th and 94th, respectively, while Calera’s Michael Jones finished in 97th.

Just behind Jones were Zachary Landon Earl in 104th and Lane Busby in 108th, while Thompson’s Ian Boackle finished in 114th.

For Thompson’s girls, it was an even more impressive day thanks to a team finish of fifth, highlighted by a strong showing from Emily Allen. She finished the race in 20:38.36, which was good enough for seventh place out of 147 runners.

She helped the Warriors to a team total of 167 points.

The Warriors saw three more runners finish inside the top 80 of the individual standings with Hanna Casey claiming 61st, Sunni Graber finishing 69th and Laruen Hammett taking home 78th. They finished with times of 24:02.17, 24:23.61 and 25:04.43, respectively.

The final top 100 finisher for Thompson was Emily Standifer in 90th with a time of 25:41.58, while Riana Roper and Krista Brewer closed out the finishers for the Warriors in 105th and 132nd, respectively.

Calera’s girls finished 18th in the team standings and was highlighted by Keely Rollf’s finish of 116th.