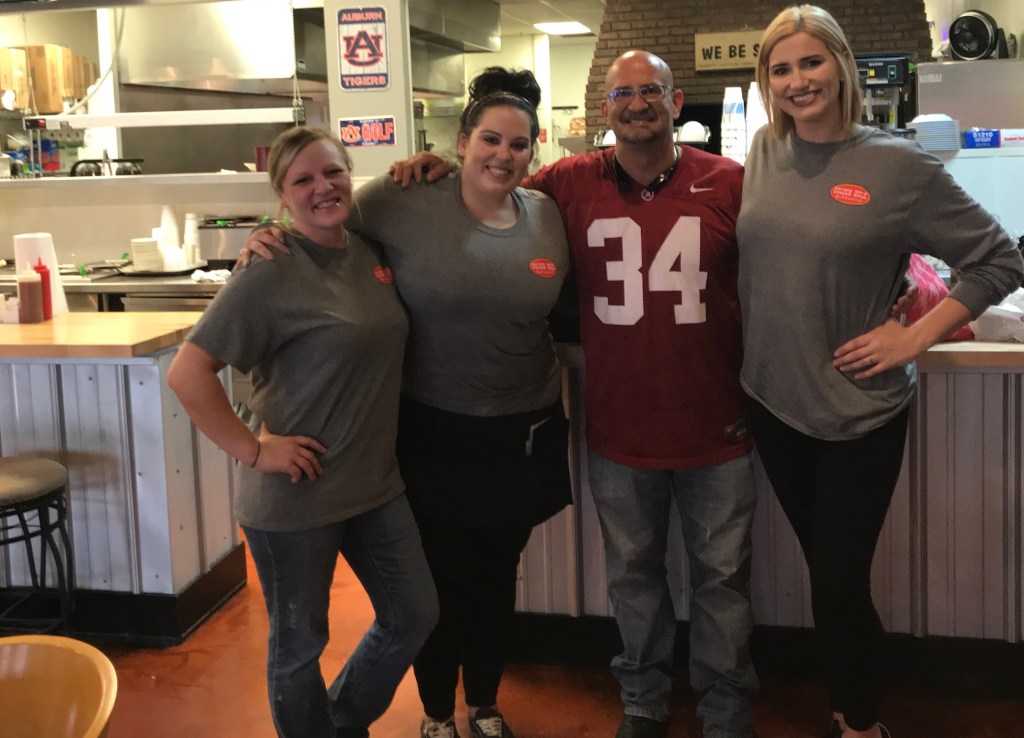 Golden Rule BBQ is set to open in Alabaster on Oct. 14. (Contributed)

ALABASTER – The city of Alabaster will soon be home to a third Golden Rule BBQ location.

Paul Curcio, the owner of Aiden Lees Food Service, already owns locations in Pelham and Helena. The third restaurant will open at 151 Industrial Road, attached to the Exxon gas station.

“It’ll be like a Golden Rule Express with pork, chicken and ribs meat and three options,” Curcio said. “The menu will be scaled down and we’re looking at price points of $6, $8 and $10 with tax included to make the process easier for customers to get in and get out.”

Curcio said some of the food will be prepped at the Pelham location and then transported to Alabaster to help maintain taste consistency. The tentative opening date has been set for Monday, Oct. 14. The restaurant will be open for lunch Monday through Friday from 10:30 a.m. to 2:30 p.m.

Curcio said he passes by the that location every day on his was to work and noticed when it became vacant. He decided to look into the possibility of opening another store there after an employee suggested it to him. He said his employees are the key to the success and growth of his business.

The Helena restaurant is managed by Jessica and Hugh Gould. Curcio said their loyalty and dedication has been a big part of the positive impact the restaurant has had within the community.

“The family atmosphere is real because of all the love that these two and their crew put into everything they do at the Helena restaurant,” he said.

The Pelham location is managed by Lauren Mims and Latoya Sumerlin. Mims has been with Golden Rule since the first location in Pelham in 2007. The Pelham store closed in 2015 and reopened in 2017.

“When I reopened in Pelham in January 2017, it was a God thing that our paths crossed again,” Curcio said. “She has been a big part of our energy and growth at our newest Pelham location. Lauren started for us in October 2016 getting all the websites set up and has been instrumental in the training and development of the crew. She also handles all the marketing duties and has an outstanding relationship with our crew, customers and vendors.”

Sumerlin has been managing the kitchen at the Pelham location for about a year. Curcio said she has developed and trained an excellent kitchen staff.

“She is responsible for all the good flavors that come out of our kitchen each and every day,” he said. “Lauren, Latoya and the Pelham crew, along with Jess, Hugh and the Helena team, are all the biggest reason that we are able to grow into Alabaster. I want to thank all of our managers, crew, customers and the communities of Pelham, Helena and Alabaster for all their hard work, and support. We are excited to open soon in Alabaster.”