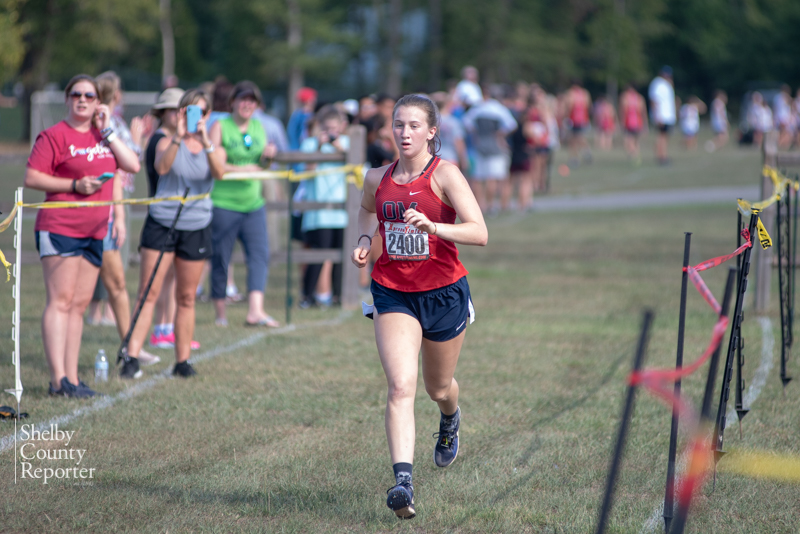 Competing against the best runners from Shelby County, the biggest highlight was Evie Bell. The senior for Oak Mountain ran the race in 20:32.21, which wasn’t just good enough to claim the top spot, but won by 30 seconds over second place.

It marked the first win of the 2019 season for Bell, who also has finishes of fourth at the Early Bird Twilight and 12th at the Chickasaw Trails Invitational.

Her strong showing, along with a finish of fourth form Emma Grace Phillips, seventh from Adrienne Cooley, 10th from Lexi Ray and 13th from Savannah Michael, was more than enough for the Eagles to claim the overall team title by 31 points over the Helena Huskies in second.

The final top-five finisher was none other than Helena’s Ana Waters, who finished with a time of 22:05.63 and now has back-to-back top 10 finishes.

Helena added one other finisher in the top 10 thanks to Madison Tsimpides’ finish of eighth behind a time of 22:53.74.

Briarwood also had two finish inside the top 10 with Adrienne Goolsby finishing sixth thanks to a time of 22:23.91 and Morgan Harris finishing ninth with a time of 23:05.11.

The Lions also had four other runners finish inside the top 25 and five inside the top 30, which helped them finish fourth in the overall team standings.

The Thompson Warriors also had five others finish inside the top 30 led by Lauren Moon in 11th, who finished with a time of 23:36.79.

Those group of runners helped Thompson claim third in the overall team standings.

Helena ended up with two more runners inside the top 15 and a total of three inside the top 25. Abigail Ford and Mallory Barton finished next to each other in 14th and 15th, respectively. Ford finished the race in 24:34.10, while Barton finished a second slower at 24:35.00. Ashlynn Beery added a finish of 21st with a time of 25:26.59.

The highest finisher for the Montevallo Bulldogs was Yulliana Gutierrez in 57th with a time of 29:35.96.