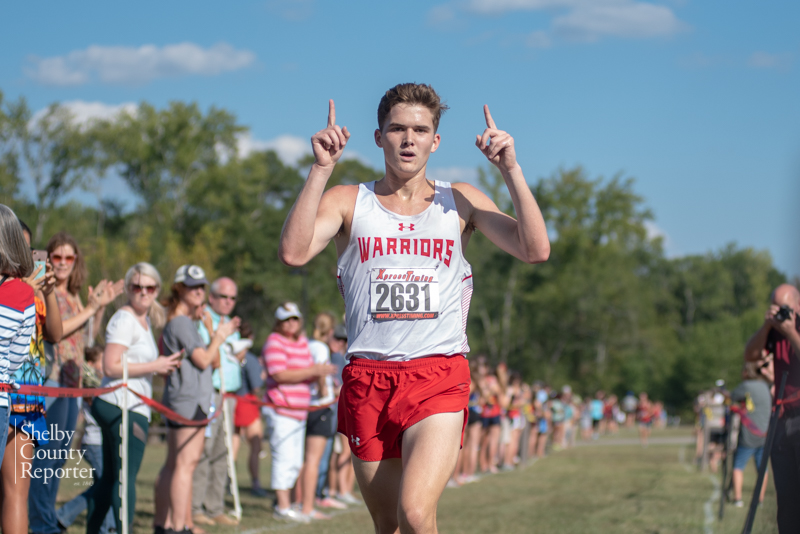 ALABASTER – For the second time this year in as many 5,000-meter events, Thompson’s Jace Jones was able to claim the top spot at the 2019 Shelby County Cross Country Championships on Tuesday, Sept. 24.

After setting his personal record of 15:50.93 at the popular Chickasaw Trails Invitational earlier this season, Jones continued a dominant season with another win at the county championship finishing with a time of 16:13.86.

He was one of several athletes to have an impressive showing at the event featuring only teams from Shelby County.

Closing out the top three just behind Jones were two other runners that have victories this season in Oak Mountain’s Walker Cole and Helena’s Brady Barton.

Cole, who finished second in the event with a time of 16:26.53, was coming into the event off a win at the Spain Park Cross Country Classic and has yet to finish lower than fourth in four events this season.

Barton has also had a strong year and entered the county championship having won his most recent race just a few days earlier at the TCBY Invitational. Barton claimed third in this event with a time of 16:58.53.

His high finish for the Huskies, as well as finishes of sixth, ninth, 10th and 11th from Talon Pritchard, Tyler Darden, Gage Pritchard and Caleb Byers, respectively, helped Helena claim the overall team title at the event.

Closing out the top five individual were Chelsea’s Miles Brush in fourth and Briarwood’s Trent Malloy in fifth. For Brush, he finished the event in 17:05.02 to pick up his second top-five finish in a row, while Malloy finished with a time of 17:36.45.

Briarwood also had two more finishers inside the top 15 with Jay Greene and Matthew Earnest finishing 12th and 14th, respectively. Greene finished the event with a time of 18:53.21, while Earnest posted a time of 18:58.77.

Briarwood ended up with two more in the top 30 behind Luke Thompson’s finish of 28th and Patrick Hnizdil’s finish of 29th.

Calera’s highest finisher was Cade Galloway in 27th, who finished with a time of 19:27.74.