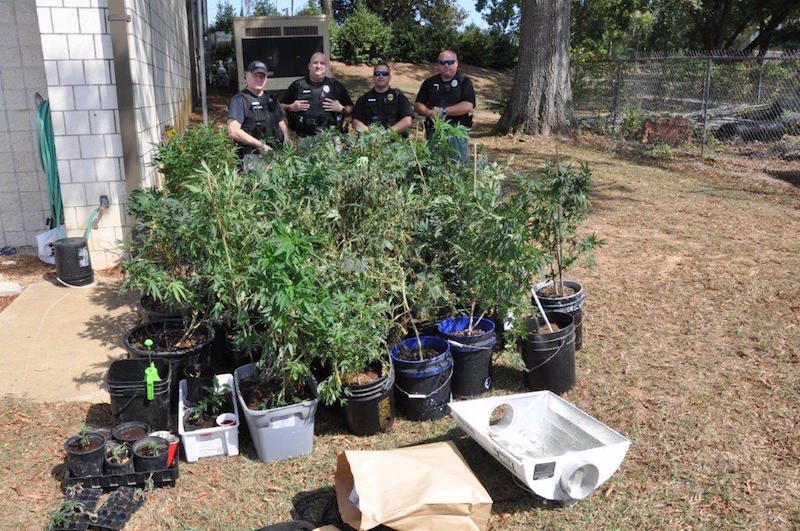 Robert Davis, Tracy Harkins and Timothy Williams were arrested on Sept. 20 at a residence on Old Highway 25 West after police officers searched the property and seized 66 marijuana plants, more than 3 pounds of processed marijuana ready for packaging, 12 grams of methamphetamines, GHB, drug paraphernalia and a firearm with ammunition that was in the possession of felons.

Columbiana Police Chief Lamar Vick said the department received a tip about the marijuana plants and found the other drugs, drug paraphernalia and firearm during the search.

“I’d like to thank my officers for their tireless efforts,” Vick said. “We’re trying to make a difference, here in Columbiana, and this case highlights how cooperation between the public and law enforcement can do that. See something, say something.”

Davis, Harkins and Williams were booked in the Shelby County Jail.

Harkins and Williams have been released.