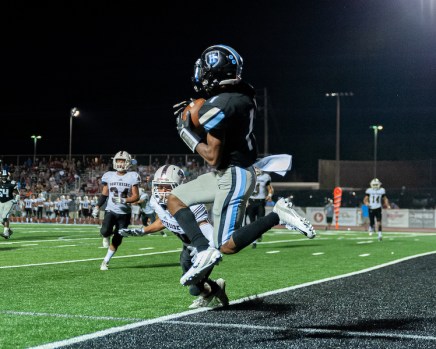 The Helena Huskies put up a school-record 61 points to take down Southside-Gadsden on Friday, Sept. 21, for their third consecutive win. (For the Reporter/Jeremy Raines) 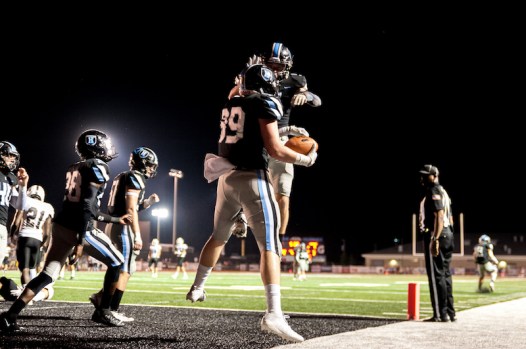 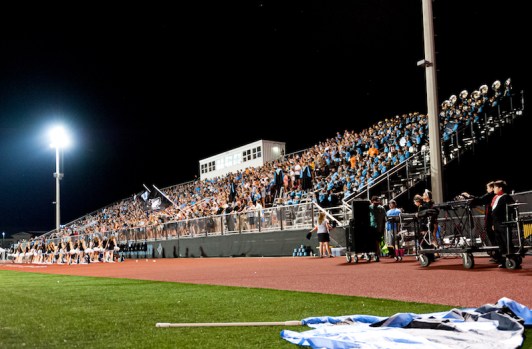 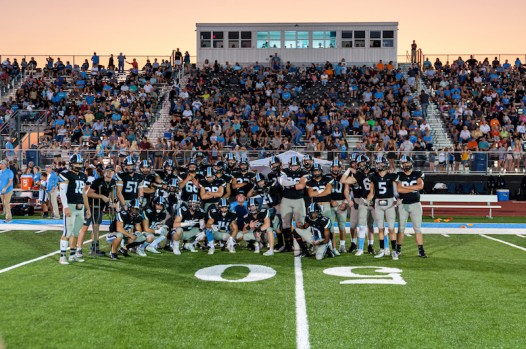 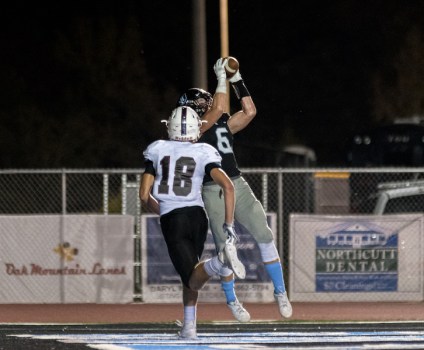 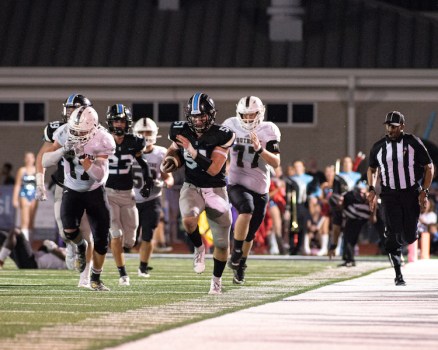 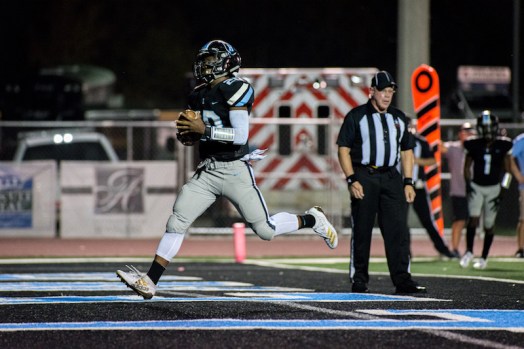 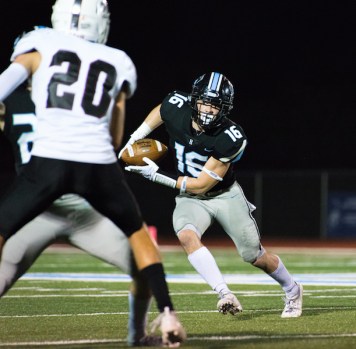 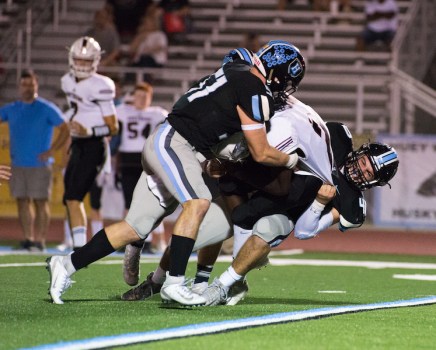 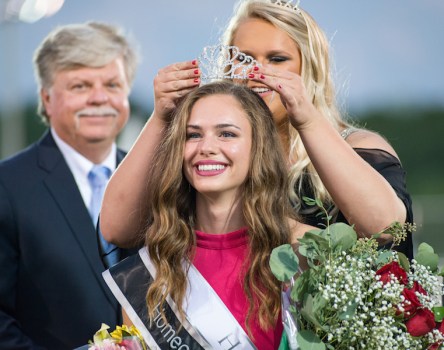 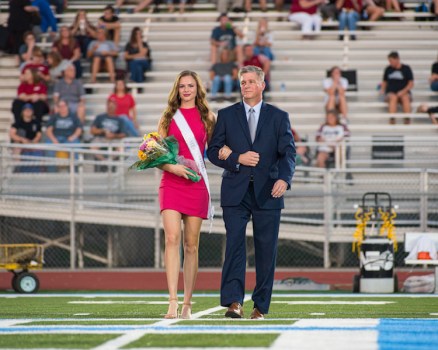 HELENA – Helena’s football team shook off a slow start to score the most points in school history in a 61-10 win over Southside Gadsden on Friday, Sept. 27.

Helena could get nothing going offensively on its first two possessions, and even allowed Southside (0-5 overall and 0-2 in Class 5A, Region 6 play) to take an early 7-0 lead on a fumbled punt returned that was scooped up by Hayden Fry and ran back all the way for a touchdown.

Helena coach Richie Busby said the Huskies’ lack of focus at the beginning of the game could be attributed in part to Homecoming festivities that pulled the players out of their routine and presented distractions.

But the HHS defense stood tall in the early going, and once the offense found its rhythm, the hosts won going away.

After punting away its first two possessions, Helena (4-1, 2-0 in Class 6A, Region 5) scored eight touchdowns out of its next nine possessions.

The onslaught began with a 29-yard touchdown run by Brodie Jones on third-and-2 with 3:33 remaining in the first quarter, but the point after attempt hit the right upright and was no good, so the Huskies still trailed, 7-6.

About two and a half minutes into the second quarter, Helena took the lead for good on a 7-yard run by Marquise Johnson, who also added the subsequent 2-point conversion.

The Huskies led 34-10 at halftime and continued to extend their lead in the second half.

They outgained the visiting Panthers 459 yards to 121 yards and had 19 first downs to Southside’s nine.

Luke Stamba completed four passes in 12 attempts for 86 yards and two touchdowns. His favorite target was Will Griffith, who caught two passes for 69 yards.

Helena’s previous scoring high was 55 points in a 2015 win over Wilcox Central.

Lawson Smith paced the Helena defense with 4.5 tackles, while Chase Smith, Tucker Knight and Brock Sisson each had four tackles.

“Our running game and defense have been strengths all year, and we’ve been able to pass it when we need to,” Busby said. “We finished well tonight and didn’t have any injuries, and now it’s on to Chelsea.”

The Huskies host Chelsea on Oct. 4 in a matchup of the only two teams left that are unbeaten in region play.